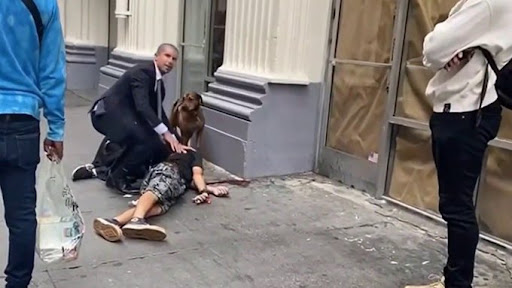 LOS ANGELES CA OCTOBER 12 2021— Roger Crystal and his wife, Michelle, were driving through downtown Los Angeles, when they spotted a man lying on the sidewalk, with his dog by his side.

The couple, who are medically trained, stopped, and Michelle called 911 while Roger rushed to help.

“The reality is that if you see someone unresponsive, lying on the street in this country, it’s an opioid overdose until proven otherwise,” Crystal told NBC4.

Crystal administered one dose of Narcan, for which he invented the nasal spray version of the drug, and always carries with him.

Firefighter-paramedics administered a second dose upon arrival, and the man was able to communicate before being transported to the hospital.