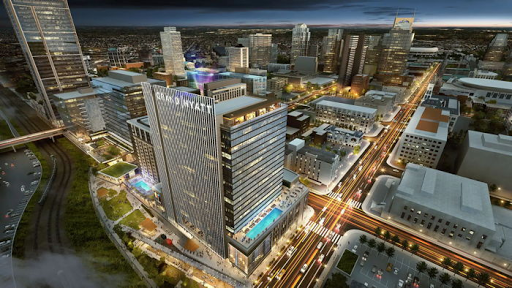 Security at the Grand Hyatt Hotel on Broadway notified police that two men had jumped off from the roof of the building with parachutes on New Year’s Day.
Security told metro police that they were detaining the men.

Metro patrol officers responded, and Central Precinct detectives investigated the incident.
They closed their investigation into the January 1st base jump by the two California parachutists after learning that neither the hotel nor a witness were interested in prosecuting the pair.

Hotel security identified the two men to detectives as a 33-year-old from Big Bear City, California, and a 35-year-old from Los Angeles.

Hotel security reported that the men were guests of the Grand Hyatt and were escorted off the property/banned from the hotel after the jump.

Police said that there was no report of any injuries in the incident.