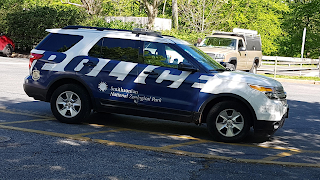 Washington DC June 6 2021 Weeks after the National Zoo reopened following the latest six-month pandemic closure, the union representing its police officers says it should be closed again because there are too few officers to ensure safety.

David Hendrick, president of the American Federation of Government Employees Local 2463, which represents zoo police officers, said the zoo’s police force is dangerously understaffed, and that it consists of only eight officers.

“We have had this issue ongoing with the staffing of the zoo police for years,” he said last week, arguing that the zoo needs a minimum of 50 officers.

“I’m proposing that they keep the zoo shut down,” he said. “Shut it down. Leave it shut down until they’ve hired qualified police officers. Not security guards.”

Linda St. Thomas, a spokeswoman for the Smithsonian, which operates the zoo, said the institution does not disclose security staffing but disputed Hendrick’s assertion and said “we have no plans to re-close the zoo.”

“We never leave a security zone of the zoo uncovered,” she said. “We fill in with security officers” from elsewhere in the Smithsonian. “And we also use sergeants and lieutenants when needed.”

She said Hendrick doesn’t include them in his count because they are not union members, so “he’s going to always have a way smaller number than what we have.”

“We do need to hire,” she said, adding that there are 60 applicants for overall Smithsonian security positions. “I’m sure they’ll hire some . . . we’re always hiring for security.”

The zoo recently completed a $1.5 million project to upgrade the security fencing around the complex, designed, in part, to prevent vehicle “ramming.”

“But in terms of crime . . . there have been no violent crimes in the zoo,” St. Thomas said.

“The three things [zoo police] get calls for are medical assistance, lost children, and what they call ‘theft of property,’ which is bags and purses left in unattended strollers.”

Hendrick said last month a zoo police officer heard screams just outside a zoo entrance, ran out and chased off a would-be attacker. D.C. police subsequently arrested a suspect and charged him with assault with intent to commit first-degree sexual abuse.

Last spring, when the facility was closed for the pandemic, a zoo police officer fired a shot at a car that drove onto the grounds and veered toward him, D.C. police have said. No one was injured.

The occupants of the car threw a backpack containing a gun out the window. D.C. police recovered the gun, a loaded .40-caliber Glock 22, as well as $2,000 in cash and marijuana. The occupants were arrested.

In past years, on busy holidays, there have been stabbings and shootings on Connecticut Avenue NW outside the zoo, “but not in it,” St. Thomas said.

In 2011, a teenager was stabbed on Connecticut Avenue during a crowded day that saw zoo police break up several fights among visitors and eject several of them, according to police.

In 2014, two men were shot and wounded on Connecticut Avenue outside the zoo during a crowded visiting day, police said.

And 21 years ago, in April 2000, seven people were shot as they left a Connecticut Avenue entrance to the zoo by a 17-year-old feuding with other teens, police have said.

“My officers are calling me, emailing me, pleading with me to do something because they fear for their lives,” he said.

He said officers work long hours of overtime and frequently tell him they are badly understaffed. The situation endangers “their health as well as the safety of people at the zoo and the animals,” he said.