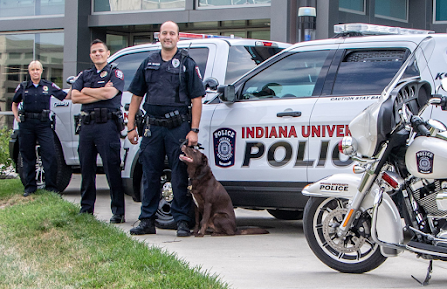 There is a new kind of police force emerging in America. At first glance it is familiar: Officers carry guns, can make arrests and generally cannot be prosecuted for on-duty actions.

But unlike typical police forces, these departments operate largely in secrecy. They don’t have to tell the public much about their operations, and there is no public board looking over their shoulder.

As concerns simmer over the death of George Floyd and others at the hands of law enforcement, hospital police forces — backed by the powerful health care lobby — are being formed without basic measures long used to hold officers accountable, a Milwaukee Journal Sentinel investigation found.

“I do not believe we should be giving police power — which includes the power to arrest and to shoot to kill — to private companies,” said Barbara Fleischauer, a West Virginia lawmaker who opposed a bill earlier this year in that state allowing private police at hospitals.

Hospitals are required by federal law to serve the public, but their police departments are typically not required to answer to the public.

Unless they are an arm of a government-owned hospital, these police departments can refuse to disclose key figures such as how many calls they respond to, how many arrests they make and how much they spend. Hospitals also don’t have to explain how they hire and train officers and when they discipline them for misconduct, the newspaper’s investigation found.

It is difficult for the public — including the very hospital employees these police departments are supposed to protect — to know how well the forces follow up on cases, if they reduce crime and whether they discriminate against certain groups of people.

“Is it right or not? I don’t know. These are the laws we are operating under,” said Tom Rhoades, chief of the Parkview Health Police Department in Indiana, which patrols nine hospitals as well as clinics in the Fort Wayne area.

A spokesman from another Indiana hospital simply said: “We do not publicly report data about or private police and security operations.”

And officers may not always be acting in the public’s interest but instead to protect the hospital’s image, health care security experts warned.

When other big institutions have created their own police forces, problems ensued.

The U.S. Department of Veterans Affairs has the nation’s largest hospital police force with about 4,000 officers patrolling roughly 140 medical centers. VA hospital police have come under fire in recent months after government watchdogs found the agency failed to track when officers used force.

And colleges and universities first faced a firestorm decades ago for covering up campus crime, particularly sexual assault. Congress responded in 1990 by requiring colleges to disclose crime numbers.

“With law enforcement power comes the responsibility to report,” said Mahesh Nalla, a criminal justice professor at Michigan State University who has studied the conduct of private police in the U.S. and worldwide for 20 years. “They should be judged by the same rules as a public police officer. There is no difference.”

Twenty-nine states and the District of Columbia allow hospitals to have their own sworn police departments, with many of them at county- or state-owned facilities, the Journal Sentinel found.

An FBI database of law enforcement agencies lists 45 hospital police forces nationwide, but that number is inaccurate and does not reflect the scope of potential problems. The Journal Sentinel found at least 120 hospital forces — nearly three times the FBI count.

Private companies having their own police is not new. In the 1850s, railroads were allowed to form forces because they said there were not enough U.S. marshals to guard payloads. The first hospital police department was formed in 1865 when President Abraham Lincoln authorized what would be a forerunner to the U.S. Veterans Affairs force.

Over the decades, nurses and other hospital staff have been attacked by patients and their families, but the facilities have done little to address the problem, a Journal Sentinel investigation published Thursday found.

Tom Smith, a health care security consultant from North Carolina who has worked in the field since 1981, said hospital police officers often have their hands on people and being armed with guns in such situations can create a risk.
The 2012 Johns Hopkins study reviewed 154 hospital shootings nationwide, finding that 23% of the assailants got the gun they used from an officer.

“Most ER nurses would love to see an armed officer sitting in their ER, but I can cite many cases where they have reacted in a way that doesn’t reflect well on the hospital,” Smith said. “You are bringing a gun to every one of those situations, and that can be a major problem.”

In mid-February, a bill abruptly appeared before the West Virginia Legislature, pushed by that state’s largest hospital.

The measure sought to let private hospitals create their own police forces and give officers the same powers and protections as city cops. The bill gave hospital police more protection from prosecution than university police in West Virginia.

The measure breezed through the legislature, and on March 25, Gov. Jim Justice signed it into law.

Fleischauer was one of the lawmakers who opposed the bill, said she worries allowing hospitals to form their own police forces sets a dangerous precedent and can lead to unchecked abuses.

“We look at these types of situations differently since George Floyd,” she said. “I certainly don’t want nurses or doctors or aides to be at risk, but I don’t know that this law is the best solution.”

Fleischauer questioned who would oversee the actions of the hospital police if there were allegations of excessive force or other misconduct.

“How do you file a complaint? With the hospital board? Do they have the expertise to decide these cases, and don’t they have a conflict of interest?” said Fleischauer, a lawyer, who also noted that there may be constitutional issues.

The American Civil Liberties Union of West Virginia raised concerns about the bill.

“To a hammer, everything looks like a nail,” the group said in a statement on its website. “People come to hospitals in various forms of physical, emotional and mental distress. Law enforcement are significantly more likely to use force, and to file criminal charges for people who need help.”

Jay Kennedy, a Michigan State criminal justice professor who has studied private police in the workplace, said such forces raise questions of accountability. It is much easier for a private entity to hide complaints from the public or simply throw them away, he said.

“When it comes down to it with a hospital, do they just ‘circular file’ it and move on? Because the accountability is much, much different than with a public entity,” he said.

One of the only ways misconduct cases involving hospital police come to light is through lawsuits.

In January, two janitors working at the Indiana University Health hospital in Marion County, Indiana, were accused by hospital police of making a drug deal on the job and were detained, according to a federal lawsuit filed in February.

Officers confronted the men — William Pendleton and Antoine Banks — after a dispatcher said she saw them exchanging what she thought was a baggie of drugs, but it was actually a key to a building that needed to be cleaned, the lawsuit says.

While they were being held and questioned, a hospital officer said, “Drug dealing is what you people do,” the complaint says. Banks and Pendleton, who are Black, “interpreted ‘you people’ to mean African-Americans,” the suit said. The race of the officer was not indicated in the complaint.

The men lost their janitorial jobs following the incident, according to the lawsuit. IU Health denied the claims in court documents. The case is pending.

In another case, in May 2018, a 66-year-old man was driving himself to the emergency room at the Kansas City VA Medical Center to get treatment for an infection from a hernia surgery. A VA police officer stopped him because he was going the wrong way in the parking lot. An argument ensued.

One of the officers tackled the man, who suffered a traumatic brain injury, according to a lawsuit filed by his family. He was taken to the hospital and died two days later. The VA settled the wrongful death suit for $195,000.

Thirteen years ago, Tom Rhoades retired from the Fort Wayne Police Department and took what he thought would be a cushy job as head of security for Parkview Health.

Rhoades said he was shocked by the violence in hospitals. He did not see private, unarmed security up to the job. His bosses suggested Rhoades hire local police officers to moonlight, an approach used by many hospitals to assist unarmed security.

He checked other states and realized Indiana would need to change its law to allow for private hospital police. He had lunch with an Indiana state lawmaker. A bill soon followed. It was signed into law six years ago.

Now, there are more than two dozen hospitals in Indiana with police forces and more being formed.

Parkview’s hospitals have 63 armed officers, up from two dozen six years ago. They have an additional 60 unarmed security guards.

Rhoades said sworn police officers have a deterrent effect on crime — for instance, to keep watch when gang members come in the ER. But he, too, worried about officers having their guns taken, and so Rhoades said he ordered special holsters that would prevent officers from being disarmed.

He wants officers to have a different mindset, aware that a hospital is a “healing environment.” Arrests can be made, Rhoades said, but officers should try to avoid them.

“You can understand you may have workplace violence, but not all of it is criminal, and not everyone needs to go to jail,” he said. “People can do criminal mischief, like punching a hole in a wall because they are upset, and we are not necessarily going to arrest them.”

Rhoades said he realizes his officers are working on behalf of a competitive business. “We want our customers to come back.”

Like West Virginia’s law, Indiana’s statute gives hospital police identical powers to city police but does not require them to report crime data, budget numbers or details on when officers use force and whether it was appropriate.

Parkview’s board sees numbers from his department every month, Rhoades said, but the public cannot.

“The primary function of our police force is to maintain a safe, healing environment,” Jacquay said in a statement. “Therefore, our reports and data could not be directly compared to those of a public entity.”

Michigan State’s Kennedy sees that lack of reporting as a problem.

“Local police ultimately fall under the jurisdiction of the people,” he said. “That oversight and accountability doesn’t exist for private police.”

Rhoades is working with a national health care security organization to standardize training for officers.

And, he said, he is busy with another endeavor: helping other hospitals form police forces.

“I certainly get a lot of calls.”