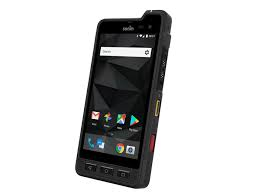 CORPUS CHRISTI, Texas September 9 2022— Communication plays a vital role during an emergency. It was said there was a breakdown of communication during the Uvalde school shooting among law enforcement.

Kleberg County Sheriff Richard Kirkpatrick and his department have given the Kingsville Independent School District one more tool to try and help deal with any kind of big emergency that happens on a campus like a possible school shooter.

School security officers in KISD are now armed with a device that’ll keep them in constant communication with law enforcement. It’s one that will allow security officers at the various school campuses to be able to instantly contact the sheriff’s office if real trouble breaks out.

Arnold Perez is the lead security officer for the district. He and the Sheriff know that communication is vital to any good security system.

“Instead of being minutes now we’re talking seconds which is very critical when there’s an event that happens at a school we need to know now,” Kirkpatrick said.

The phones are part of AT&T’s FirstNet system and are unique because It also serves as a police radio. Now, security officers can speak directly with law-enforcement over the radio. A big change from the way things used to be.

“These radios are fine on the campus in some areas. But, we c