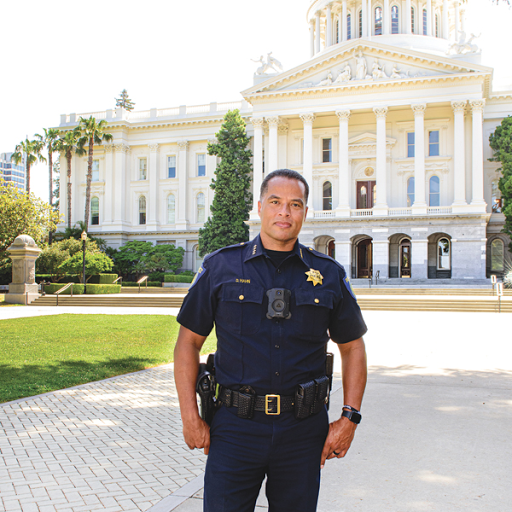 Eager to appease a noisy gaggle of citizens who don’t like cops, Mayor Darrell Steinberg and his City Council colleagues blundered into a policy that threatens to endanger the public and demoralize the Sacramento Police Department.

With the city’s new policy, Steinberg and the council decided there’s no such thing as active shooters or ambushes. The mayor and council believe every 911 police emergency features an opportunity for de-escalation and negotiation, a chance for reasonable people to calm down and talk things over.

The new policy concerns deadly force. Traditionally, the city instructed cops to use deadly force—shoot someone—only as a last resort. That’s still the case. But now police must dance through a set of exercises before they pull the trigger.

Cops arrive at deadly force in two ways. One is to exhaust an escalating series of compliance steps. Start with negotiations, move to verbal commands, then physical controls, nightstick or Taser. The strategy plays out over time.

Unfortunately, there’s a second scenario, one that erases the time element and explodes in a blink. Suddenly, there’s a shiny metal object in someone’s hand. Or abrupt, furtive movements. Or a shooting stance. Or ambush or school shooting with bullets flying.

Under Sacramento’s new policy, the city won’t make allowances for instantaneous situations, ambushes or school shooters. They don’t exist. Instead, it requires cops to use “tactics and techniques that may persuade the suspect to voluntarily comply” in all scenarios, even if the suspect is walking down the street shooting people. There are no exceptions, no qualifying words such as “when feasible.”

“Why would anyone want to join the Sacramento Police Department under this policy?” asks Police Chief Daniel Hahn. “Our officers won’t be able to defend themselves or the public. Or if they do, they risk losing their job for violating policy. This will be the most restrictive use-of-force policy in the country, bar none.”

Hahn is livid over the new policy. Beyond diminishing his ability to recruit, train and keep cops, he fears for public and officer safety. He worries many officers will choose the path of least resistance and job security. They will stay in their cars and reduce proactive patrol activities such as traffic stops. They will avoid contacts that could quickly escalate into trouble.

Ultimately, the city’s new policy will make cops more suspicious and fearful of the neighborhoods they are supposed to protect. Public safety will decline.

The new policy is the love child of politics and appeasement. Steinberg jammed it onto the City Council agenda 24 hours before the vote, probably in violation of the state Brown Act, which requires local governments to post agendas 72 hours before meetings.

Steinberg is sensitive to the city’s Community Police Review Commission and anti-cop activists, many of whom would like to see the police department disbanded. He says, “We’re trying to save lives,” an ironic goal given that his policy may produce the opposite outcome.

Hahn thought the new deadly force policy would follow San Francisco, which has similar language but includes the words “when reasonable alternatives have been exhausted or are not feasible to protect the safety of the public and police officers.”

“San Francisco is what everyone keeps talking about, and I have no issues with their policy,” Hahn says. “They have the words, ‘or are not feasible.’ We don’t. That’s a big difference.”

Jeff Harris was the only City Council member to vote against the new policy. “This is really troubling,” he says. “We should never put our police officers in a position where they might not be able to protect the public and themselves, but that’s what we’ve done with this policy.”

‹ These Districts Defunded Their School Police. What Happened Next? › Mom, 30, says she posed as daughter at school to highlight need for better security