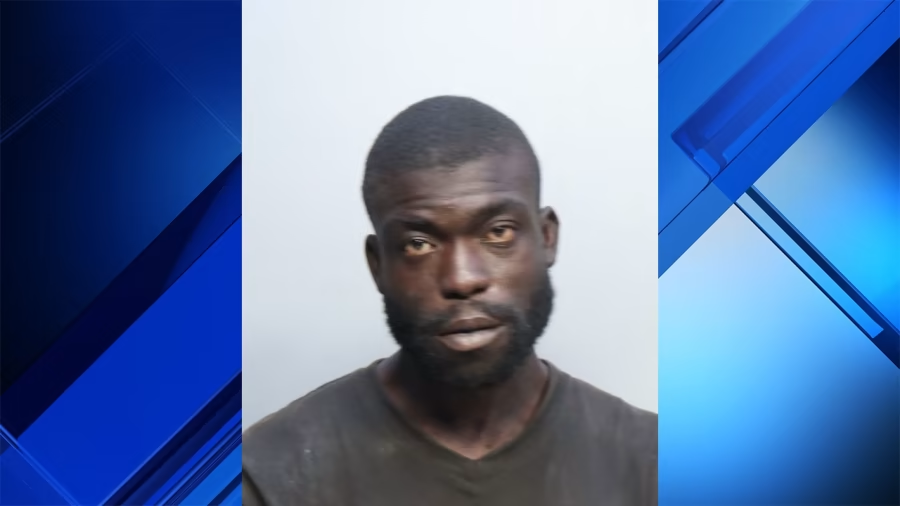 Miami FL January 13 2023 A North Miami man was arrested Wednesday after trying to steal a cookie from a gas station and threatening a security guard with a fork, authorities said.

City of Miami police said Kervens Pierre-Louis, 32, entered the store and walked towards the merchandise display area where he removed a package containing a large-size chocolate cookie and proceeded to walk out.

According to authorities, Pierre-Louis never made any attempt to pay for the merchandise.

Police said the victim, a security guard, confronted Pierre-Louis and requested the cookie to be returned while simultaneously attempting to retrieve it from the man.

According to the police report, Pierre-Louis became aggressive, brandished a fork, and threatened the victim with physical harm.

Police said the victim, in fear, abandoned his efforts to retrieve the stolen property, at which time Pierre- Louis exited the store and walked away.

Upon police arrival, the victim directed the responding officers to Pierre- Louis.

After becoming aware of police presence, Pierre-Louis fled on foot and was taken into custody without any further incident, authorities said.

Police found Pierre-Louis in possession of a fork, matching the description of the same fork utilized during the robbery, as described by the victim.

Pierre Louis was taken to jail and is facing charges of robbery with a deadly weapon and resisting an officer without violence.