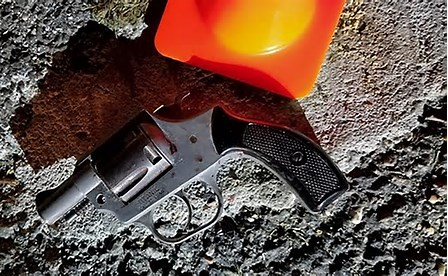 NEW YORK NY September 29 2019 — An NYPD officer and a suspected gunman were both shot dead as they grappled on the ground during a fierce struggle at a Bronx public housing complex early Sunday, police said.

The gunfire erupted at the Edenwald Houses on 229th Drive North near Laconia Ave. about 12:30 a.m., just steps away from the 47th Precinct stationhouse in Edenwald.

Officer Brian Mulkeen and two other members of the Bronx Borough Anti-Crime Unit were patrolling the area for gang activity and had gotten out of their police vehicle to question a man before things turned deadly, NYPD Chief of Department Terence Monahan said.

“The man fled and a foot pursuit ensued.

As Officer Brian Mulkeen and his partner attempted to apprehend the man, a violent struggle on the ground began,” Monahan said at a press conference Sunday morning.

Five officers shot the 27-year-old gunman, killing him. The suspect’s .32-caliber revolver was recovered from the scene though it was not clear whether the firearm had been used, Monahan said.

The gunman was on probation until 2022 for a narcotics-related arrest last year, and had several prior arrests including a burglary conviction in Rockland County, Monahan said.

Mulkeen had almost completed seven years on the force and lived in Yorktown Heights with his girlfriend, who is also a cop with the 44th Precinct in the Bronx, authorities said.

“There is absolutely no worse moment on our job than this,” Monahan said. “As we stand here this morning, a young man with a bright future who courageously patrolled some of New York City’s toughest streets has tragically lost his life.”

A day earlier, Mulkeen had arrested another man in the area for gun possession, authorities said.

“We lost a hero by every measure, we lost a hero,” said Mayor Bill de Blasio at the hospital press conference.

Panicked officers could be heard yelling for help on police scanner during the early morning shootout.

“Ambush, ambush!” another officer yelled out.

Police shut down the several surrounding streets Sunday morning as they investigated the shooting.