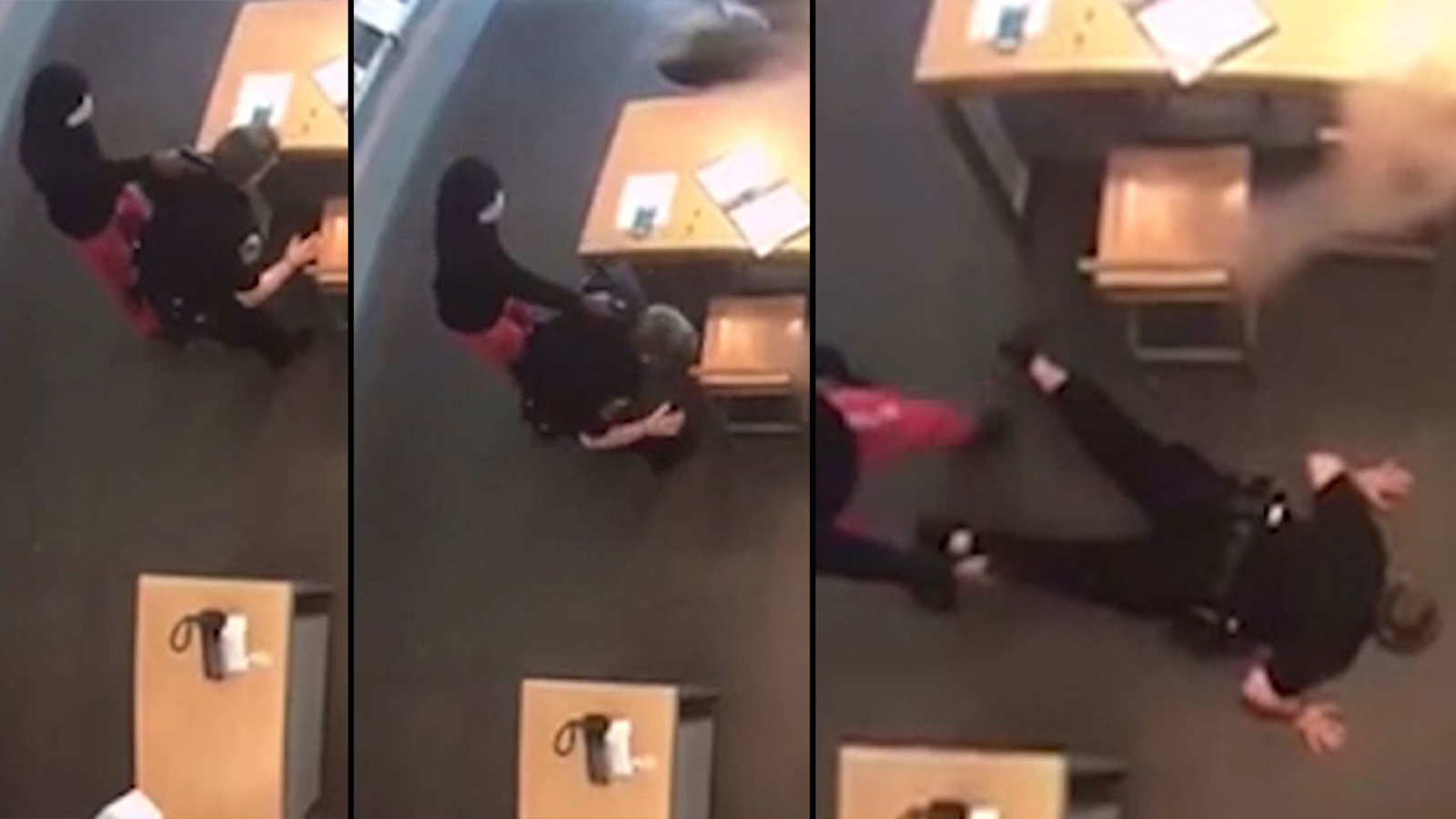 HOUSTON, Texas May 19 2019 — Exclusive video shows a different angle of a violent robbery at Verizon Wireless earlier this month.

Surveillance video shows a bold robber disarming a Houston police officer and then forcing her to the ground inside the store on the North Loop near Garden Oaks.

You can see the robber pointing a gun at the officer as he enters the store. Another robber begins snatching cell phones from store displays.

The police officer was working security at the store when the robbery occurred. ABC13 Eyewitness News was told it was her first day on the job.

The two suspects took off in a car with a third suspect. Two were arrested after a brief police chase. The third suspect got away.

Houston police said the officer’s gun and a number of stolen cell phones were recovered.