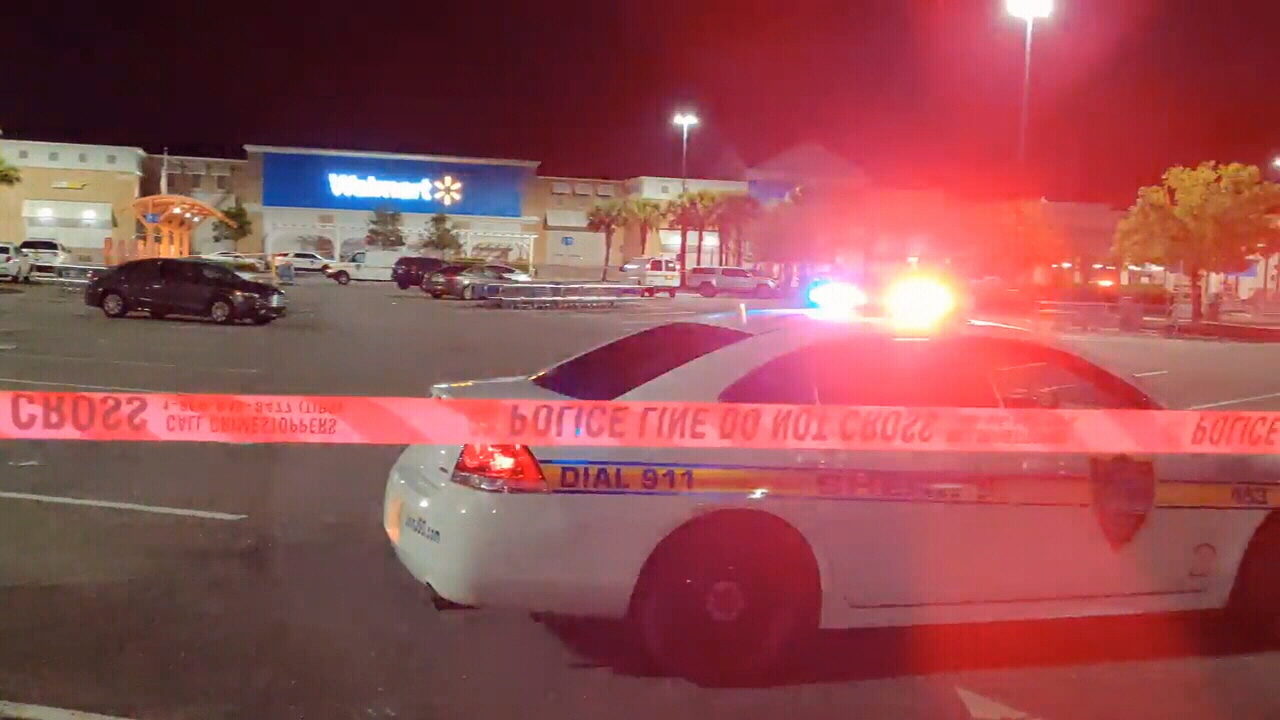 JACKSONVILLE, Fla. October 7 2019– A Jacksonville police officer shot and killed a man outside a Northside on Walmart Friday night after the man sprayed the officer in the face, according to JSO.

Officers responded to a disturbance inside the Walmart at the River City Marketplace around 10:40 p.m.

Assistant Chief T.K. Waters said a man inside the store was making employees uncomfortable. The man, who police said was seen with a weapon, was asked to leave but refused.

When the man eventually went outside the Walmart, Jacksonville sheriff’s officer S. Dorcelian approached him.

Waters said the man crouched down as if he was hiding something, keeping one hand out of the officer’s view. The man then sprayed Dorcelian in the face with an unknown substance, according to JSO.

Dorcelian fired three shots and the man died at the scene. Waters said Dorcelian has been with the Jacksonville Sheriff’s Office for three years and this was the first time he has ever shot a suspect.

Dorcelian was placed on administrative leave, which is standard procedure after all police shootings. The suspect’s name has not been released.

News4Jax crime and safety expert, Ken Jefferson agrees with the use of deadly force taken by the officer in this case because of the initial reports that the man was seen with a weapon and because the man sprayed the officer.

“He protected himself. He protected others, and he did the right thing,” Jefferson said. “You’ve got to be either bold and brazen or stupid to spray someone, (especially) a uniformed officer there answering a call. To do that, you put your life in jeopardy.”

Jefferson said Dorcelian responded as he was trained.

“This sounds like a justifiable shooting simply because who knows what was in that spray can? It could’ve temporarily blinded him, given him an opportunity to take that officer’s weapon and use a weapon against him,” Jefferson said.”You shoot until the threat is stopped.”

Walmart released the following statement to News4Jax regarding the incident:

“We are working with law enforcement as part of an ongoing investigation. We have processes designed to assess the amount of security we use at stores.” Robyn Babbitt Director, Walmart corporate communication.