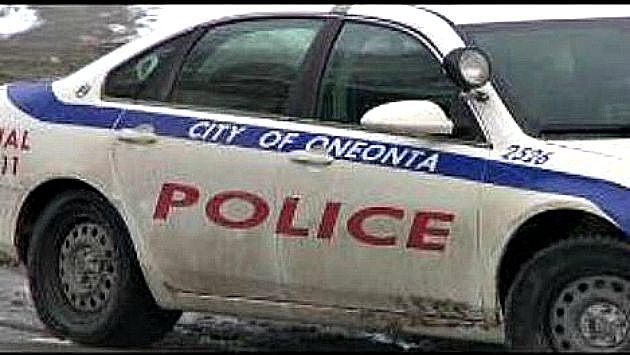 Oneonta NY Jan 31 2018 The Oneonta Police Department will be short-staffed as officer Amanda Catapano recovers from a knee injury, the chief said.

Catapano was working as a security officer for Priority One Security at Hillside Commons, a privately owned apartment complex for college students, when she was hurt Saturday night, OPD Chief Douglas Brenner said Tuesday.

Catapano tried to resolve a disturbance during a social event at the 150 Blodgett Drive complex, Brenner said. The disturbance turned into a physical altercation, Catapano knee’s was strained, and police arrested Sean J. Egan, according to Brenner, who said Catapano generally is known at the complex to be a city police officer.

At about 10:20 p.m. Saturday, police charged Egan, 24, of Poughkeepsie, with felony assault of a police officer, resisting arrest, second-degree harassment and third-degree menacing.

Four other OPD officers responded to the scene, according to the police blotter. Egan, a State University College at Oneonta student living at Hillside Commons, was “highly intoxicated” during the incident, Brenner said. Egan wasn’t hurt, the chief said.

Brenner said he didn’t know what prompted the disturbance. Technically, Catapano wasn’t on duty with OPD, the chief said, and the length of her absence won’t be known until after more medical exams.