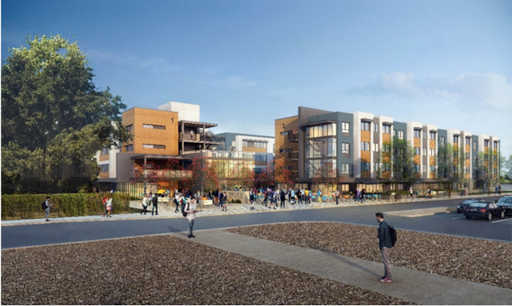 An Orange Coast College student being sexually assaulted by a man on campus was able to get away because a good Samaritan saw the attack and intervened, Costa Mesa police said Thursday, Dec. 24.

The 19-year-old student was walking near the Horticulture area and the Technology building just before 5 p.m. Wednesday when an unknown man came from behind and groped her, police said in a statement. As she was yelling for help, police said, the good Samaritan confronted the suspect and the woman was able to flee.

“He helped the victim get away and stopped the assault from escalating,” police said. “CMPD thanks the good Samaritan for his quick intervention to protect a fellow member of his community.”

The suspect fled the scene, but a man who was acting suspiciously on campus and matched the attacker’s description was detained by campus security at around 4:30 a.m. Thursday, police said. The man accused of the attack was arrested.

It was not clear if the good Samaritan or the suspect were students.

‹ Middle school security guard, along with Springfield PD, giving back to children in need this holiday season › TSA group at Akron-Canton Airport claims 2020 honors as Airport of the Year