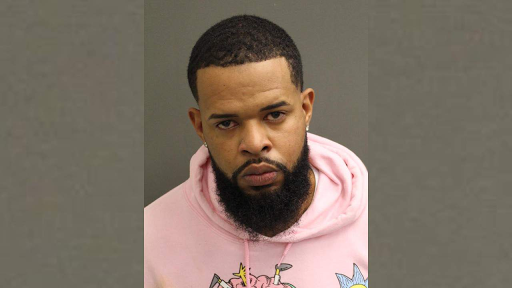 ORLANDO, Fla. Jan 9 2021 – A man who had just gotten into a fight at a nightclub downtown grabbed a belt rope stanchion from outside the bar and hit an officer in the head, according to the Orlando Police Department.

Records show 27-year-old Khareem Calderon was at Shots Orlando on Dec. 19 around 11:30 p.m. when security kicked him out for fighting with another patron but once outside the club, he refused to calm down.

Officers who were working in the area saw the disturbance and came over to break up the fight, which is when Calderon grabbed the rope pole stanchion that was positioned outside the bar and swung it, hitting an officer in the head, the affidavit said.

A security guard who saw what happened grabbed Calderon and pulled him away from the crowd so he could be placed into handcuffs, records show.

The officer sustained a deep, long cut to his head and had to be taken to an area hospital for treatment, according to authorities. An arrest report said he was bleeding significantly.

Police said a second officer who was nearby when Calderon swung the stanchion suffered a cut to his right ear and scratches near his eyebrow but he did not require hospitalization.

Calderon had cuts on his knee and redness on his face that he said were from the fight in the club but he denied hitting the officer, according to the affidavit.