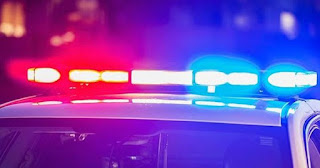 Police are investigating a shooting outside a bar in downtown Orlando that left a security guard in critical condition early Friday morning, and they have asked for the public’s help in identifying four people of interest.

A spokesperson for the Orlando Police Department said the shooting resulted from an argument between four people on motorized scooters fighting with an unknown person outside the 64 North bar on North Orange Avenue just after 11 p.m.

When the two men and two women tried to walk through railings marking the bar’s exit, security personnel stopped them and a fight ensued. The group left on scooters shortly afterward.

Around midnight, the two men who confronted bar security staff returned to the business in a white sedan. One of the men shot at the bar from the vehicle and injured two people.

One victim, a member of the bar’s security team, was shot multiple times in the upper torso, the OPD spokesperson said.

Police have not publicly released information identifying the victims, but they said the security worker was hospitalized.

On Friday evening, the agency released surveillance footage taken from a nearby business that captured part of the fight and asked for the public’s help in identifying the people who dismounted the scooters and clashed with security.

TAKE A LOOK: Orlando, we need your help. Who are the 4 people highlighted in this video? 2 women & 2 men on scooters confronted “64 North” bar security June 26. Shortly after, a shooting at the bar left a security worker badly hurt. $5000 @CrimelineFL reward 1-800-423-TIPS. pic.twitter.com/JI0YqTMRLy