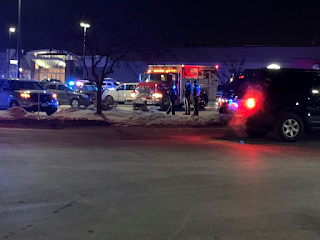 SOUTH BURLINGTON, Vt. Feb 5 2021 Police say at least one person was injured in a shooting inside the University Mall in South Burlington Monday.

South Burlington Police Chief Shawn Burke says the shooting happened at about 5 p.m. near GameStop. He says the man shot was an innocent bystander and was hit by shrapnel. He was sent to the hospital with injuries that were not life-threatening.

Multiple police agencies, both federal and state, are investigating. Authorities say it’s not yet clear who fired the shot but it happened after some sort of dispute among a group of people and was not an active shooter scenario. Burke says an unknown number of suspects ran off after the gunfire and they have not been apprehended. He says detectives are reviewing surveillance video to get a clearer look at the suspects.

The University Mall was blocked off until about 8:30 p.m. as police investigated. Witnesses described dozens of police officers with weapons drawn around the mall area. Mall employees told WCAX News police told them to evacuate the building. Other shoppers say they were forced to shelter in place for several hours.

”The staff all gathered people to make sure we were safe and barricaded, but we just hid and waited to see the police and know that we were safe,” said Carolyn Geraci.

“We heard a lot of things that could’ve been just rumors, like that there was a hostage, that they shot the shooter. We didn’t even know it was a shooter at first,” Celia McClintock said.

“I was hoping that I could get out before he came down the way where I was. It was just scary in general,” said Michelle Winger.

Police say this investigation is in a preliminary stage and more details will be shared as information develops. Anyone who has information about the shooting is asked to contact the South Burlington Police at 802-846-4111.