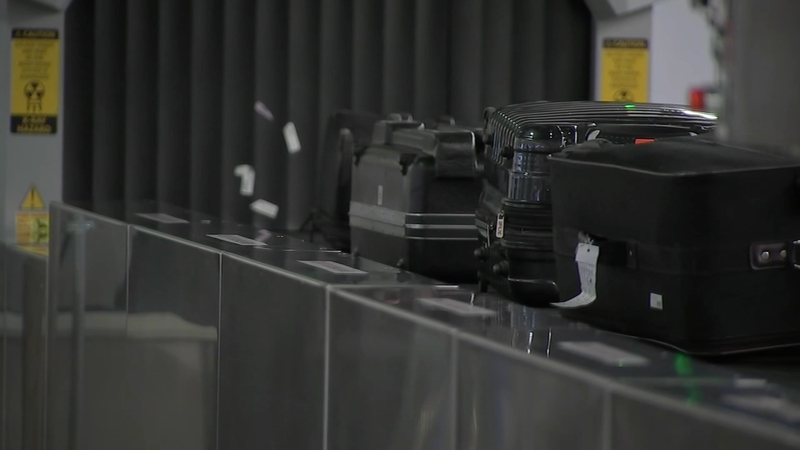 PHILADELPHIA PA Feb 15 2020 Philadelphia International Airport is debuting a new inline bagging screening system meant to speed up the time that a checked bag goes from the terminal to the aircraft and keep passengers safer.

The EDS, or explosive detection system, works like a CT machine used in a hospital, where it takes a 3D image of what’s inside the bag.

Some of the “things that might trigger an alarm would be very large liquids. We want to make sure something like that, or something that’s organic, is not harmful,” said Lisa Farbstein, a TSA spokesperson.

If a dangerous object is detected in a piece of luggage, it will be diverted on a conveyer belt to a TSA screening room where an agent will check to see what’s inside.

“They build liquid explosives, they build plastic explosives, so our algorithms in the machine are calculated in a way to try to detect that,” said Farbstein.

One of the bags pulled aside during the tour had a large electronic device inside.

“We’re looking for electronics because often our adversaries will disguise explosive devices as electronics,” said Farbstein.

In addition to screening, the new conveyer belt system is supposed to get luggage from the terminal to the aircraft in 90 seconds, if the bag doesn’t need to be screened.

With more than 15,000 bags being processed per day and more than five million per year, TSA says it’s crucial for the airport to have an efficient system in place.

“It’s kind of interesting that your bag takes a trip before you do,” said Farbstein.

The airport has 28 systems throughout its terminals.

Each CT scanner is priced at about $300,000, so the airport says it’s a multi-million-dollar upgrade.