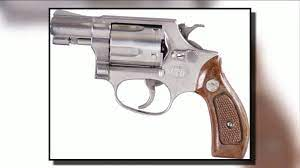 JACKSONVILLE, Fla. May 1 2021– When a viewer alerted News4Jax that two men in pilot uniforms were detained by authorities near the TSA checkpoint at JIA at around 7 a.m. Thursday, the Jacksonville Aviation Authority confirmed that a loaded gun was found in one of the men’s carry-on bags.

The men, one of them a part-time employee of a St. Augustine flight school called Florida Flyers, were in separate TSA security lines about 7 a.m. when a revolver was indicated on the X-ray screen of the pre-check line. According to the incident report, the firearm turned out to be a .38-caliber Smith & Wesson that had five rounds in the cylinder.

A 59-year-old Ponte Vedra Man in the pre-check security line told officers the bag belonged to his “co-pilot,” who was going through a separate line. Airport police located the second man, a 71-year-old from Jacksonville, who admitted the gun belonged to him and he forgot it was in his bag. Both men were taken to the airport police office where it was determined they were not trying to intentionally bring the gun through the checkpoint and both had Florida concealed-carry permits.

The gun’s owner was allowed to secure the gun and continue on to his flight to Washington, D.C., but he could face a fine of up to $13,669.

“This civil penalty is independent of whether you are arrested or face criminal charges from our law enforcement partners. Fines may also be assessed for other threat items brought to the checkpoint such as illegal knives or martial arts devices,” the TSA said in a statement. “Passengers are responsible for knowing what the laws are on each side of their trip. This is especially important if you are leaving the state. Even after learning that you may bring your gun to your destination, the only way it can be transported is in checked luggage. The gun must be declared to the airline at check-in, unloaded and placed in a locked, hard-sided case.”

“Very alarming,” is how traveler Monica Bernhardt described seeing the men led away in handcuffs.

Bernhardt said she made small talk with the pilots minutes before the incident happened.

“They were talking about how they gained the ‘COVID 30′ and they had lost it and just had a few pounds left to go,” Bernhardt said. “I joked with them. … There was nothing weird about them when they were walking down to security.”

News4Jax left messages for both men involved. The flight school sent a statement saying their employee was not on duty at the time and do not wear pilot uniforms when on the job.

“We believe he was working as a pilot for a separate employer during this morning’s incident,” Florida Flyers wrote.

One traveler passing through the airport later Thursday called this “irresponsible behavior.”

“It’s just another example of why we have to be more careful with firearms when traveling on an airplane,” Rosemarie Mazor said.

According to TSA data, this was the ninth gun discovered this year at Jacksonville International. In 2020, 36 guns were stopped by security screeners at JAX — the 24th highest number of all United States airports.