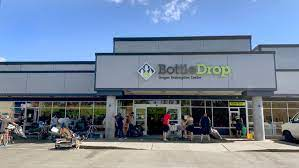 In Oregon, security officers who carry guns must be licensed by the Board on Public Safety Standards and Training.

But on May 29, when gunfire echoed across a North Portland shopping plaza, the guard shooting, was not licensed to carry a gun on duty.

An official account of what happen states that at around 6:30 p.m., the armed security guard was on patrol at the Delta Park Center.

The 28-year-old Logan Gimbel was one of at least three guards working for Cornerstone Security Group, a company that states it only provides armed security, but Gimbel did not have a license to carry a gun but on that night, he carried one anyways.

TMT Development, one of the city’s biggest real estate companies, had contracted with Cornerstone Security Group to patrol the Delta Park Center for more than a year. In the spring of 2020, Vanessa Sturgeon, CEO of the company and a board member of the influential Portland Business Alliance, asked the guards to police the crowds converging on the plaza’s BottleDrop, one of the few locations open at the time where people could recycle empty bottles and cans for cash. The company said the security was necessary, in part, because the long, sometimes unruly lines weaving across the shopping center posed a public health threat in the middle of the pandemic.

There had been some trouble and crowds often congregated there.

It didn’t take long for customers to start chafing against the restrictions imposed by security personnel with Cornerstone. Five patrons interviewed by OPB describe the guards as caustic and callous as they enforced the line regulations on some of the city’s poorest residents. For many Portlanders in dire need of quick cash, the BottleDrop was a lifeline during the pandemic, providing a streamlined way to collect the refund value on discarded bottles and cans.

The Oregon Beverage Recycling Cooperative, which oversees the city’s various BottleDrop locations, also appeared to quickly have problems with Cornerstone’s performance after agreeing to pay for a guard. In May 2020, after two guards detained a man leaving the BottleDrop’s bathroom, the co-op stopped paying for Cornerstone security, according to a complaint they filed with the Oregon Department of Public Safety Standards and Training. (Typically, the hourly cost for these guards can range from $45-$65 per person.)

But on this Saturday night, Gimbel had some type of confrontation with 49-year-old Freddy Nelson Jr., who was sitting in his vehicle with his wife.
There are several versions of what happened, depending on who you ask but on that night, something led the unlicensed guard to open fire, shooting multiple times through the windshield where Nelson and his wife sat, killing Freddy and injuring his wife.

The bullets pierced Nelson’s head, heart and both of his lungs, according to his father, who has spoken with detectives and a victim advocate from the Multnomah County District Attorney’s office.

Witnesses said Nelson’s wife, who was sitting in the passenger seat, jumped out of the vehicle at the last shot with her shirt drenched in blood and pepper spray, screaming at the guard, “You killed my husband.”

Some say that in a city that is struggle with a lack of police trust, powerful business interests are turning to private security to do the work of police officers, enabling them to wield force against vulnerable Portlanders with a fraction of the oversight.

Portland police say that the shooting remains under investigation.

Attorney Tom D’Amore, who has spoken with Kari Nelson and is representing the family as they consider litigation, has the most detailed account offered publicly to date:
He said an armed guard approached the couple in the parking lot that night and told Freddy Nelson to put his hands behind his back.
D’Amore said Nelson had a strained relationship with the Cornerstone guards, who allegedly followed him when he was on the property. Nelson reportedly refused the order, instead getting inside his truck. According to D’Amore, Gimbel stuck his arm in the rolled-down back window of the vehicle and pepper-sprayed the couple.

Gimbel then reportedly moved in front of the vehicle and fired four shots through the windshield. D’Amore said the couple had not been fighting at the time, and he did not know why the guard approached.

“There was no physical altercation whatsoever on their part,” D’Amore said.

Under Oregon law, private security guards have the same ability to detain a person as any other citizen. If they have probable cause to believe a crime has been committed in their presence, they can make a “citizen’s arrest” and temporarily prevent the person from leaving until law enforcement arrives. They may use force “reasonably believed to be necessary” to defend themselves, protect property, prevent a criminal trespass or make a citizen’s arrest.

According to DPSST records, Gimbel took the training to work as an armed guard around the time he started at Cornerstone in September 2020. But the state never received his application to be licensed to work with a gun.

According to notes kept by DPSST on the shooting, one of the owners of Cornerstone told the agency that Gimbel had “prior issues with the victim” and acted in self-defense, firing the four shots after Nelson “acted as though he was going to run over Gimbel with his car.”

Two eyewitnesses questioned that account, saying the vehicle never moved out of the parking space.