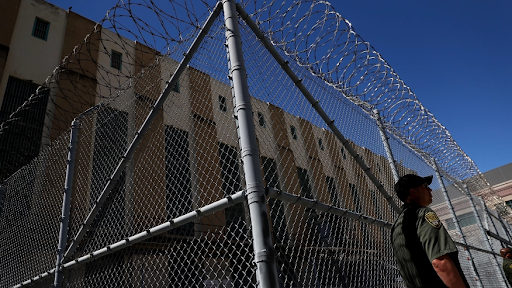 A prison guard and two others have been charged with a scheme to smuggle contraband cell phones into California’s death row, authorities said Wednesday.

A judge in San Francisco on Wednesday appointed a public defender to represent Christopher and released him on $50,000 bond, prosecutors said.

It wasn’t immediately clear whether they had attorneys to speak for them.

Federal prosecutors say that the three conspired to smuggle 25 cell phones into the prison’s East Block, where condemned inmates are housed. Authorities allege that Smith-Symes had a relationship with a death row inmate who sold the phones for up to $900 each.

“Cell phones create safety and security risks for prison employees and other inmates, and state law deems them contraband and prohibits their possession by inmates,” the U.S. attorney’s statement said.

Fresno security guard, 2 others charged people for appointments at Consulate of Mexico