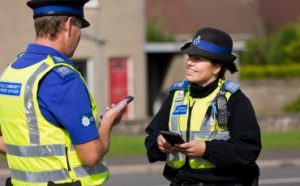 Cumbria England Jan 31 2019
Private security guards are being forced to cuff violent suspects in the Lake District due to crippling police shortages.
Part of the region has reportedly been left with just six front-line officers on duty at a time.
Rhe central fells of the Lake District National Park. Only a maximum of six front-line officers in south Cumbria are on day duty covering an area the size of Greater London.
Private security firms are being taught how to use handcuffs as they are being relied on to fill huge gaps in police resources.
Over-stretched cops can be up to an hour’s drive away in the area – which has a population of 100,000 and welcomes 15million tourists every year.
The shortage has meant civilian security guards in the South Lakeland area have now been trained in using handcuffs, the Daily Mail reports.
This is so they can detain suspects while they wait for police to arrive and make an official arrest.
Officers at Kendal police station cover the district in south Cumbria – which is the size of Greater London.
But budget cuts mean that a maximum of just six officers are on duty during the day – and even fewer at night.
The police never make any arrests because they are never around.
Police have agreed to let local security firms use handcuffs in a six-month trial to help them manage the strain.
Karl Newton, manager of a security firm used by 30 venues in towns including Kendal and Windermere, told the paper: “The police never make any arrests because they are never around.
“If someone is being extremely violent we call police but often end up waiting for 40 minutes.
“It is much safer for us to use handcuffs, then we can hand the suspect over when police arrive.
“Eight of the security staff have been trained in handcuff use.
“We will be sitting down with police in April to review it.”
Mr Newton lost all of his bottom teeth after being assaulted at work.
But he claims police closed the case without collecting CCTV of the attack – and wrote him a letter saying: “Good luck with the rest of the reconstructive surgery.”
Cumbria Police has lost 10 per cent of its front-line officers in the last 10 years.
It has had to scale back its neighbourhood policing resources to tackle the scourge of “county-lines” drug trading from big cities spreading into rural towns.
Martin Plummer, chairman of Cumbria Police Federation, warned the force would not be able to respond to another mass shooting after gunman Derrick Bird killed 12 people in 2010.
He said firearms cops could now be up to a 90 minute drive away.
Mr Plummer said: “We are England’s third largest county, but have one of the smallest police forces.”
He added: “British policing is broken. Private security firms are having to plug gaps.”
Tory Police and Crime Commissioner, Peter McCall, said: “I was surprised to learn security guards are using handcuffs in Cumbria.
“Obviously it is not a route we want to go down.”
The Sun Online has told of the rise of private security firms providing not only protection but proactive detective work – both in down-at-heel towns and leafy rural villages.
But security guards are only allowed to use handcuffs after training and with a license – and have no powers beyond a citizen’s arrest.
Cumbria Police did not comment.