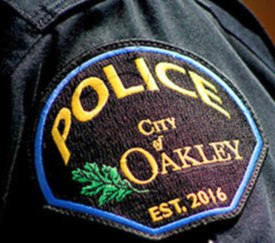 OAKLEY, Calif. July 7 2020— Oakley police are investigating a shooting that happened last Monday in which a retired Piedmont police officer shot his own 21-year-old son after he found him assaulting his wife.

Police said that Todd Mather, 52, currently a reserve police officer for Piedmont, fired his handgun once after he heard him physically attacking his wife in another room of their Oakley Mission Court home at around 8 a.m. Mather told police that his son, who has psychiatric issues, had previously used a bludgeoning weapon to assault his parents and he feared that he might use that weapon again.

After shooting him, the father administered first aid while waiting for emergency officials to arrive. Officials said they found Mather providing care for his son who was bleeding from the head.

The 21-year-old was transported to a hospital with non-life-threatening injuries and was later released, police said.

Mather was detained, surrendered his weapons and is cooperating with the investigation, according to police.

State law enforcement employment records show Mather worked as a Piedmont police officer from 1995 to 2018, when he retired and immediately began working as a reserve officer.

Oakley police said after consulting with the Contra Costa District Attorney’s Office of issues of self-defense and defense of others, further detailed statements will need to be taken from the injured son.

Mather was released from custody pending further investigation, officials said. The results of the full investigation will be presented to the District Attorney’s Office within a few days and a charging decision will be made, police said.