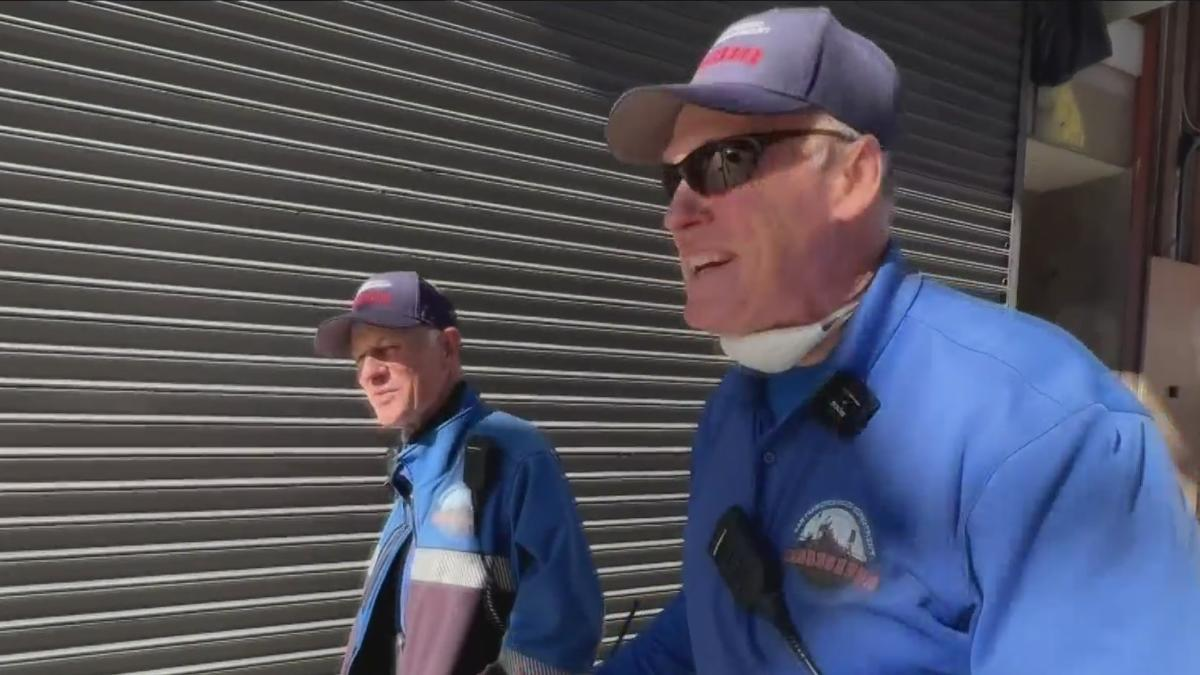 SAN FRANCISCO CA November 19 2022— The city of San Francisco is trying many options to ensure visitors and merchants that safety is their top priority this holiday season, including tapping retired police officers.

In 2020, the San Francisco Police Department launched the Community Ambassadors Program which aims to provide an extra layer of protection and visibility as the department faces hundreds of vacant positions.

“The public is looking for support and we’re out here to bring back that support,” Lee Dahlberg, a community ambassador and retired SFPD officer, told KPIX 5.

He along with Joe Garrity served in the SFPD their entire careers. Between the two they have more than six decades of experience policing the streets of San Francisco.

After just a few years of retirement, they’ve returned as city-sanctioned community ambassadors.

“We’re an extra layer of protection,” Garrity told KPIX 5. “In a perfect world, you’d have two 25-year-old uniformed men and women doing this but now you have senior citizens. We get discounts!”

Senior citizens or not, they’re happy to be back walking their former beats. The pair graduated from the police academy together and retired within a year of each other. They still consider themselves friends.

“I think we can handle most of the things that we come across but we’re limited on something,” said Garrity. “Every day’s a different day.”

During their 10-hour shifts, the retired squad walks thousands of steps through the Union Square district monitoring activity among civilians and storefronts. But unlike their days as patrol officers, today they’re only armed with radios and Narcan.

“You have people stealing from stores, you try to de-escalate it, create a buffer because we don’t have any force options,” said Garrity.

During a Thursday shift, Garrity and Dahlberg came across a man who was believed to have consumed fentanyl. Garrity had seen similar behavior during his time leading the Tenderloin police station.

“This gentleman is a wheelchair user, he has a hospital band and is 45 years of age so I called the Union Square dispatch and they’re going to get the crisis response team out here,” Garrity said. “We can’t leave him here, it’s for his safety and others’ safety. It’s the holiday season, it’s human dignity, he needs services.”

Garrity says this level of police work – being the eyes and ears where officers can’t – is not only bringing him back to his identity as a police officer but helping to protect the citizens and visitors of San Francisco.

“It gives back to the Union Square area because the people and the businesses were so good to us for all those years, wouldn’t you say, Lee?”

Dahlberg responded that the role “makes us feel like we have a greater purpose in life.”

The pair were two of the first members of the ambassador program and are paid by the city for their time – up to 960 hours per year.