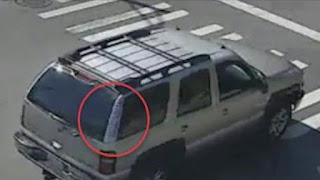 Thomas pled not guilty to the charge.

Police believe there’s a possible motive in this crime involving Thomas’ brother, and Santiago going back to January 2019.

“All we can do right now is do everything we can to make sure these senseless killings and killers are put to justice, and to get justice for the families that we can, and the victims that we can,” said Monroe County Assistant District Attorney Jacob Ark.

He discussed the next steps in prosecuting murder suspect Thomas. He is accused of the drive-by shooting on Hudson Avenue that killed Santiago on the afternoon of May 29th.

In January of 2019, Santiago was working as a security guard at the Cedarwood Towers where he shot and killed Timothy Thomas’s brother Bradley.

Investigators say Bradley was threatening people in the lobby of the apartment complex.

A Monroe County Grand Jury ruled the shooting to be a justifiable homicide.

It looks like the shooting was a “retaliation killing.”

“You know I don’t really want to comment on the specifics of this case. Unfortunately, these things can happen in our world, but we’re doing our absolute best to make sure that people that do any kind of killing whether it’s retaliation, or otherwise for any reason are held to the maximum justice,” said Ark.

News10NBC cameras were not allowed in the courtroom for the arraignment. Both families declined our request for interviews as they left the courthouse, but Ark told us how the Santiago family members are coping.

“Obviously they lost a family member. They’re upset about it, and we’re all looking for justice in this senseless killing,” said Ark.

Rochester Police arrested Thomas on Tuesday, and are still looking for the vehicle they say he was driving. The car is a 2005 gray Chevy Tahoe with New York license plate number KMJ-4116. There is no front tag on the car, the Chevy logo on the grill is red, and there are grey plastic covers on the rear of the car. He’s currently being held without bail.

“This is just a preliminary stage. Next step will be Friday afternoon for a preliminary hearing, and that will be to see if there’s enough evidence to have him held on these charges,” said Ark.

Thomas is scheduled for a preliminary hearing on Friday at 1:30 p.m.