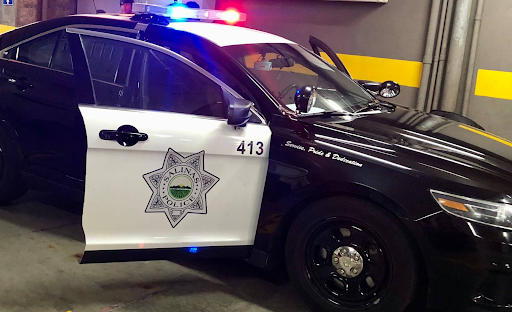 Salinas Police say they were responding to reports of an assault at Banker’s Casino around midnight on September 5, 2021.

The guard had asked the individuals to leave the casino when the suspect began spraying the guard with champagne and then raised the bottle at the guard, challenging him to a fight.

Investigators say the suspect also swung a bottle at the victim and threatened to shoot him.

Police were able to find the suspect who would not comply with police as they followed up on the investigation. A second person being detained initially, and who was with the suspect at the time of the incident, was compliant with police.

As police were attempting to detain the suspect, they found him to be the individual who assaulted the security guard and made threats to kill him.

While placing the suspect in the patrol car, he headbutted the police officer, resulting in another struggle.

The suspect was eventually placed into custody and transported to the Monterey County Jail where he is facing charges of assault with a deadly weapon, making criminal threats, assaulting a police officer and resisting arrest.