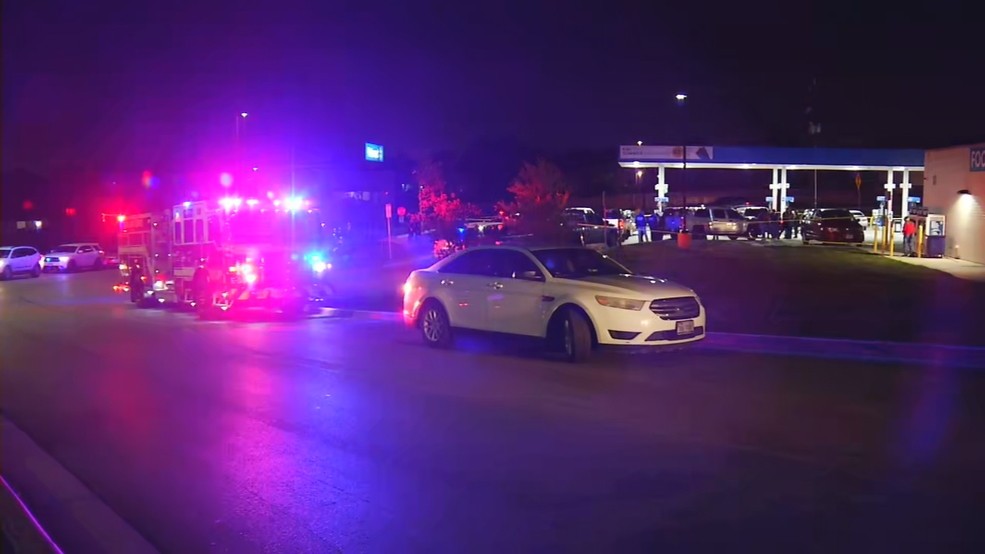 SAN ANTONIO TX November 8 2019 — Federal, state and local officials are investigating a shooting in a Walmart parking lot Wednesday night involving one of their own.

According to Bexar County Sheriff Javier Salazar, a team of his deputies and the Lone Star Fugitive Task Force were following a sexual assault suspect. We’re told a San Antonio Police Officer was assigned to the unit as well.

Salazar said the group had been conducting a moving surveillance on the suspect for a few days, before ending up at the Walmart in the 7000 block of the Ray Ellison, where the suspect pulled into the gas station.

SAPD Chief William McManus said it’s unclear whether the suspect was aware he was being followed or if he needed gas. However, once he was parked, officers began to corner him.

McManus said he believes the officer shot once and the suspect was alive and taken to a hospital. He later succumbed to his injuries and was pronounced dead. Neither agency was able to identify the suspect, giving very little information as to who it may be.