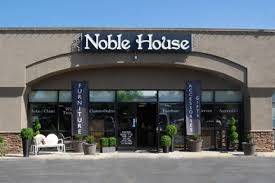 A police officer noticed suspicious activity at the Noble House Home Furnishings on Jimmy DeLoach Parkway just after midnight and watched as three females backed up to a ramp at the warehouse with a U-Haul truck.
The officer continued to watch as a security guard, later identified as Alisha Davis, 44, let the suspects in and they began collecting items.

As the burglary unfolded, the officer called for additional assistance and

SPD, along with Pooler and Bloomingdale police officers apprehended Shaquond Burns, 24, Shannon Brown, 43, and Sharmonte Bouye, 24 who were actively engaged in the burglary and theft.

The security guard, Davis has been charged with party to a crime.

“The successful apprehension of these suspects is directly credited to the willingness and ability of the agencies in Chatham county to work in collaboration for a common goal,” said Assistant Chief Kerry Thomas of the Filed Operations Bureau in a press release

. “At the end of the day, we all are committed to the goal of making Chatham county a safer community.”