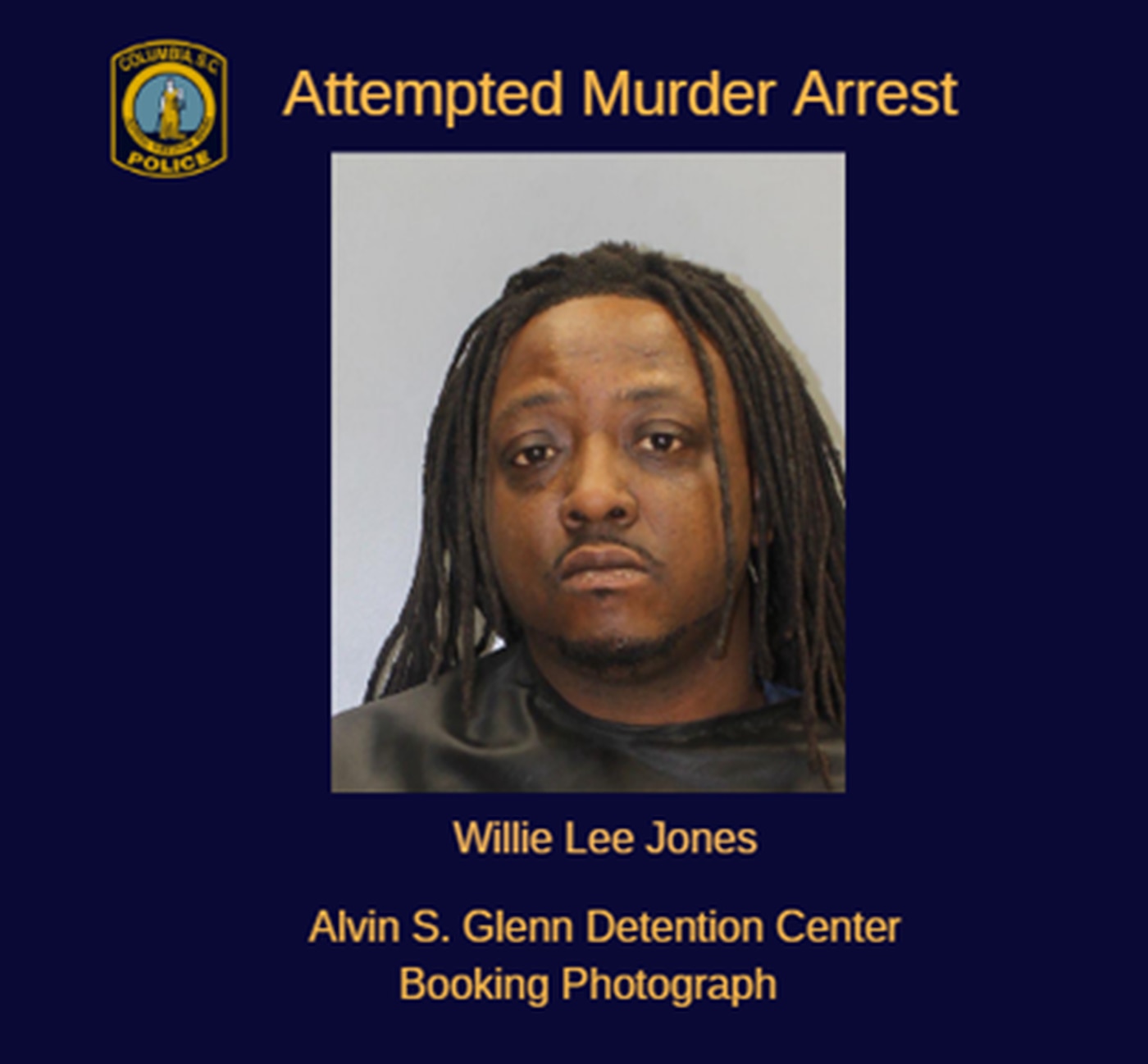 COLUMBIA, S.C. January 6 2020 The Columbia Police Department has arrested a suspect in connection with a shooting incident in the Vista.

Willie Lee Jones, 33, has been charged with four counts of attempted murder and possession of a weapon during the commission of a violent crime.

The incident occurred at approximately 2:20 a.m. on the 900 block of Gervais Street.

Officials say Jones discharged a shotgun in the direction of security staff inside the Social Bar and Lounge.

He was later found at a hospital in a neighboring County and interviewed about his involvement in the incident.

A 26-year-old male was also struck and received non-life-threatening injuries to the upper body.

After failing to comply, Jones was removed from the business.

He then returned with a firearm.

Jones is being held at the Alvin S. Glen Detention Center.