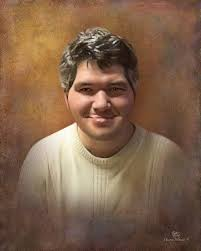 A state Department of Mental Health patient suffocated to death earlier this year at the bottom of a dogpile of agency employees who failed to follow the department’s training on physically restraining patients.

At least three of the employees involved in the death of 35-year-old William Avant had not been trained properly, according to an ongoing probe by state health regulators reviewed by The State as part of the newspaper’s weeks-long investigation into Avant’s death.

Avant, a Georgetown, S.C., native who had been in Mental Health’s inpatient care for more a dozen years, was killed on Jan. 22 when Mental Health staffers improperly pinned him face down on a Columbia hospital floor and lay atop his back for four minutes, preventing his diaphragm from expanding to deliver oxygen to vital organs. Hospital staffers failed to check Avant’s breathing as he died beneath them, records show.

Their actions were explicitly prohibited — in red, all-capital letters — in the department’s training manual, raising questions about the agency’s management of employees, including training, and how well Mental Health cares for its 100,000 patients, including 1,500 inpatients who are some of the state’s most vulnerable residents.

But the State Law Enforcement Division declined to press criminal charges at the end of its own investigation.

SLED and Mental Health both refused to answer questions about Avant’s death or provide records or video related to the incident, citing privacy laws that seal the records of patients and vulnerable adults, even after a patient’s death at the hands of government employees.

Mental Health was cited for a series of violations by health regulators after Avant’s death, records show. Several of the agency’s employees were suspended, the entire hospital staff was retrained, and the department’s policy on physically restraining patients was quickly revised to ban the treatment Avant received, according to records provided by health regulators in response to an open-records request.

A S.C. House Oversight subcommittee currently reviewing Mental Health’s policies, operations and budget has not questioned the agency about Avant’s death in nine hearings held so far this year. But subcommittee chairman Jay West, R-Anderson, told The State his panel is committed to transparency and “ought to shine light on everything that we can” without violating patient confidentiality laws.

“Vulnerable adults and children, it is critical for us to make sure they are cared for in the proper way,” West said.

The State pieced together details of Avant’s death after obtaining and reviewing records detailing how he died, including some medical records, a one-page coroner’s report and records from the Department of Health and Environmental Control’s own investigation into Mental Health’s treatment of Avant.

The State also accessed and meticulously reviewed videos of the incident that both SLED and Mental Health refused to provide.

Those documents and videos reviewed by The State show the incident began at about 10:40 a.m. on Jan. 22, when a distraught Avant began kicking a glass wall in Lodge B of the Bryan Psychiatric Facility in Columbia.

Tall and wearing a camouflage long-sleeve shirt, blue jeans and black Adidas sneakers, Avant kicked the glass dozens of times over the next four minutes — not hard enough to break it, but forceful enough that he attracted the attention of hospital employees, and occasionally needed to switch feet.

Employees appeared to talk with Avant casually, and one, according to DHEC’s investigation, offered him medication to calm him down.

At 10:44 a.m., Avant suddenly walked past the employees speaking with him, took several strides down a hallway and attempted to push open the door to a medicine room. A struggle ensued as hospital employees swarmed Avant and yanked him backwards by his collar to the the hallway floor, where he landed face down.

Based on video footage, seven hospital staffers piled on top of Avant in less than a minute, pulling his shirt up to his armpits during the struggle. Some held down his arms and legs, while others lay on top of his back in direct violation of the directions for restraining patients that is spelled out in the agency’s training documents. Avant’s large frame was hardly visible under the mass of bodies.

During the incident, one of the seven staffers pulled out a phone and looked at it for at least 20 seconds. It’s unclear in the video, which had no audio, what the staffer was doing with the phone.

After Avant was no longer visibly moving, three employees who were restraining him got up, but the four employees on his arms and back remained there, leaving only his legs visible to the cameras.

As Avant slowly died, unable to breathe, some employees walked into and out of the camera’s view looking at the scene, which was unfolding near the intersection of two hallways. Mental Health would not provide the names of the staffers involved. No one checked Avant’s breathing, DHEC investigators learned in February.

But the staffers lying on Avant’s back didn’t peel off of him for four minutes until Mental Health public safety officers arrived.

Footage also shows Mental Health staffers, including at least two who had held Avant down, frantically worked for minutes to resuscitate him. They took turns pumping his chest to no avail until EMS arrived and wheeled Avant out on a stretcher.

“William was the life of the party and enjoyed performing card tricks and entertaining everyone, especially his nieces and nephews,” it read.

The department’s handling of Avant violated its own training policies, which are spelled out in a 62-page manual.

In red, all-capitalized letters, the department’s training manual reads: “CAUTION: ALWAYS MONITOR THE BREATHING OF ANYONE BEING RESTRAINED. NEVER LIE ACROSS THEIR HEAD, NECK, BACK OR CHEST AS THIS MAY EXERT PRESSURE TO THEIR CHEST AND INTERFERE WITH THEIR BREATHING.”

“NEVER PLACE THE PATIENT IN A CHEST DOWN/PRONE POSITION. THEY SHOULD REMAIN ON THEIR SIDE.”

A hard copy of that manual is given to every Mental Health employee, spokeswoman Tracy LaPointe said. It also is always available on the department’s internal website, she said.

But none of those policies were followed in Avant’s case. What’s more, DHEC found that three of the 13 Mental Health staffers involved in the incident had not been trained in accordance with department rules.

One went four years without training of any kind between 2014 and 2018. Another had not been trained since October 2017. Investigators found no evidence any of the three had ever completed the online training that is required annually.

New employees must undergo Mental Health training within 30 days of their hiring. Employees who directly care for patients, such as the ones who restrained Avant, are required to go through additional training every year, the agency says. That training teaches Mental Health employees to verbally de-escalate unruly patients and to use physical restraint — which can have negative effects on psychiatric patients — only as a last resort.

That approach follows a decades-long national trend in which psychiatric groups and experts have pushed providers to reduce or eliminate the use of physical restraint on their patients, while ensuring staff are continuously trained to properly subdue them when absolutely necessary.

Mental Health would not explain why the employees were untrained, saying it could not comment on a specific patient’s case.

“The agency reviews all serious adverse incidents to identify the contributing factors and takes corrective action,” Mental Health Interim Director Mark Binkley wrote in a statement to The State.

After its investigation, DHEC cited Mental Health for failing “to provide safe and appropriate care” to Avant and required a handful of changes.

In just over a month, Mental Health had retrained nearly all of its employees at the Bryan Psychiatric Hospital.

DHEC’s investigation found that several Mental Health employees were suspended after Avant’s death. But the agency has refused to reveal the extent to which the department disciplined its employees. Mental Health officials also have not answered whether any of the employees have returned to work caring for the agency’s patients.

Mental Health policy calls for an internal review of “adverse incidents,” including when employees physically restrain a patient. Those reports are seen by the department’s public safety and risk management offices, as well as Mental Health’s top attorney.