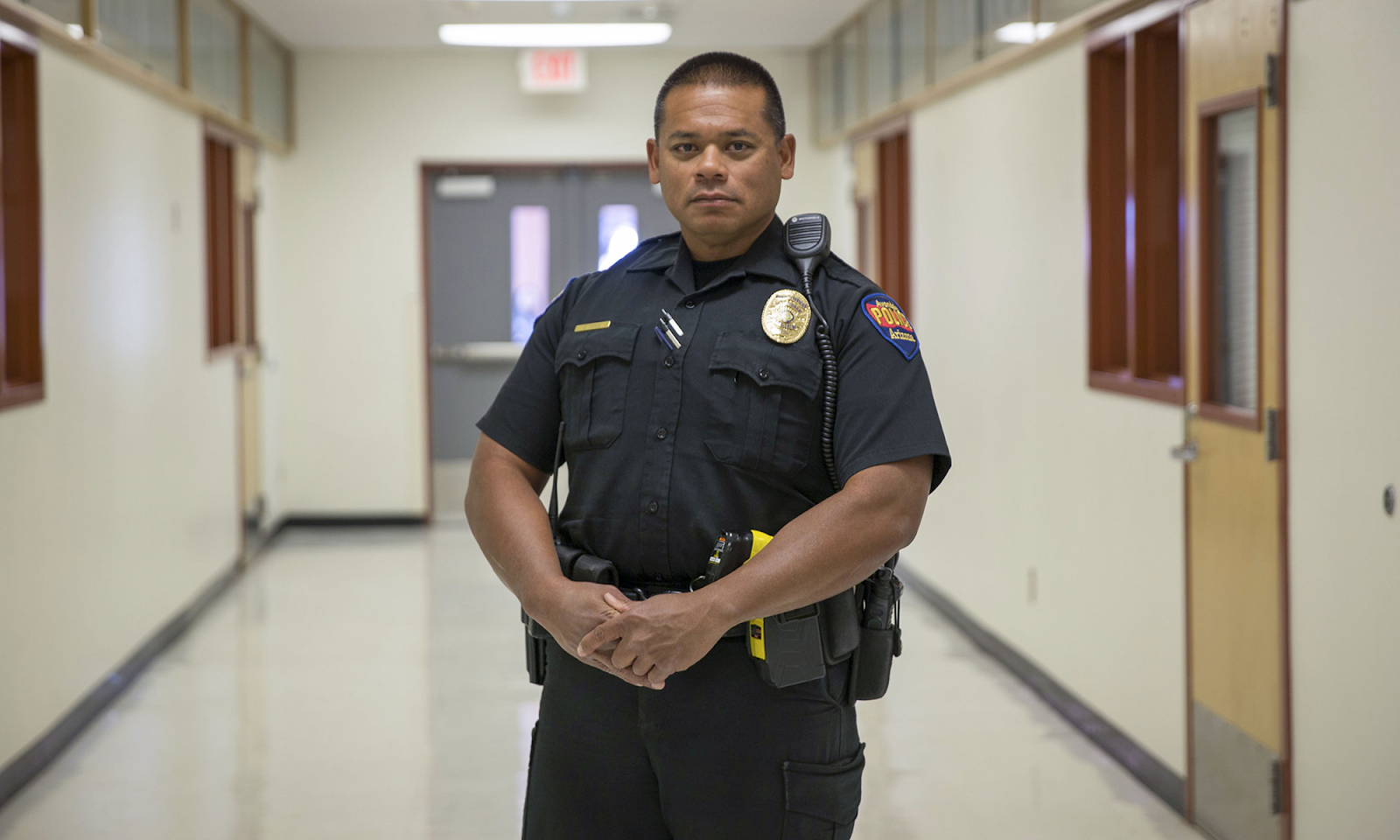 Los Angeles CA May 11 2022 Millions of students in the United States go to schools with police officers present. The officers are known as School Resource Officers, or SROs. They are meant to keep schools and students safe.

Police in schools date back to the late 1940s. But school shootings, including the 1999 shooting at Columbine High School and the Sandy Hook Elementary School shooting in 2012, led to more policing of students.

Between 2006 and 2018, the number of schools with at least one SRO increased from 42 percent to 61 percent, says the organization the Center for Public Integrity. But with more officers, students have become more likely to have interactions with law enforcement, which could result in arrest and possible criminal charges. Federal funding is available for schools that want to hire police.

But following the 2020 murder of George Floyd by a police officer in Minneapolis, Minnesota, cities and states started to rethink their ideas of policing — and policing in schools.

Many school districts around the country either defunded or totally removed SRO programs.

Los Angeles, the nation’s second-largest school district, cut its SRO budget by one-third. Chicago, the third-largest, cut it by more than half. Other districts fully ended their agreements with police departments.

But now some districts that removed officers are considering bringing them back.

Montgomery County, Maryland, largely removed funding for SROs in 2020. But this year, district officials said there was an increase in “serious incidents” of crimes including fights and robberies in schools. In January, a shooting took place at one of the county’s high schools.

In April, the county voted to bring police officers back to schools. The county says the officers will go through more training than they did before the SRO funding was cut.

Opponents of SRO programs argue that law enforcement is not the answer to safety incidents at schools that are linked to mental health problems. They argue that schools should instead put their funding towards more mental health resources for students, like hiring more social workers and mental health experts.

Not all referrals, or citations, become arrests with criminal charges. But a citation may mean a student must appear before a judge or other law enforcement officials.

The effects of interactions with police can be serious. A 2020 study from Tulane University found that Black students “who experience contact with the police by eighth grade have eleven times greater odds of being arrested when they are 20 years old” than white students.

Research has also shown that officers present in school increases the likelihood children will interact with police. A University of Florida study found that “student behavior that would have otherwise occurred and been handled by school personnel is more likely to come to the attention of law enforcement.”

In Montgomery County, Black students made up half of all arrests in schools in 2020. But they make up just one-fifth of the student population.

Amir Whitaker is with the American Civil Liberties Union of Southern California. He told the Los Angeles Times last year that “the fight to remove school police is part of the fight for racial justice.”

Some districts have found that removing officers from schools may lead to more safety problems.

Alexandria, Virginia decided to remove SROs from city schools in July 2021. The city also voted to redirect funding for SROs to mental health services. But after several incidents involving students and guns, the city changed its decision just three months later. This year, the city council voted to fund the SRO program through 2023.