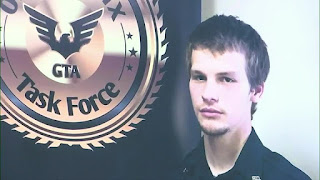 MEMPHIS, Tenn. Sept 9 2021— Employees of two private security firms held a “Sea of Green” for a fellow security guard who was shot in the head and killed while on the job last month at a gas station in Whitehaven.

Friends and coworkers drove around the 240 loop in memory of Alexander Redditt.

Before leaving, they offered prayers to a colleague, friend, and brother killed while on the job after a confrontation with a man who was asked to leave a Whitehaven gas station in August.

“He was a wonderful person.,” Andrew Redditt, the victim’s brother, told FOX 13. “There were times when I needed him. He would drop what he was doing, just to come help, whatever the case may be.”

Armed security guards who work for On Your Six Task Force and Cobb Tactical Security company held the event to bring attention to the violence they face on the job.

“We want to honor Alexander Redditt for his service and also to bring awareness that Alexander Redditt was the 67th security officer in the United States killed in the line of duty,” Cobb Tactical Security supervisor Anthony Buntyn said.

Buntyn said the public needs to understand that private security guards are hired by property owners to maintain order and safety when customers and employees feel threatened.

“We are not the police and we are not out here trying to be the police,” said Buntyn.

According to court documents, the suspect named Darryle Tate and Redditt got into a fight when Tate was asked to leave the property.

According to a witness, Redditt was reaching for his taser when Tate allegedly shot him in the head.

“Man, I was shocked. It really felt like a really bad dream,” said Andrew Redditt.

Darryle Tate has a court hearing next week.