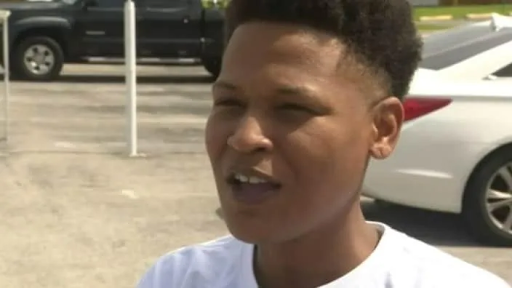 Surfside Fla. Aug 8 2021 Shamoka Furman had been working at the Champlain Towers South building for five months when it collapsed.

The young security guard on duty at , the Surfside, Florida structure that collapsed on the terrifying night of June 24, is speaking out for the first time about the harrowing experience.

Shamoka Furman told Florida’s Local10 News that she had been working at the building for five months when it collapsed, killing 98 people.

It was Furman who made one of the first calls to 911. When residents called her to ask what was going on, she told them to evacuate the building.

“All I remember was the building shaking; I thought it was an earthquake,” Furman said. “I don’t even know how I made it out. Through the grace of God. I had to get out, but guess what, I couldn’t get out. I had to figure out a way to escape. It was dark. I ended up going through a window.”

She maintained that as she crawled out of the rubble, she could hear people screaming and crying for help. She says she’s still haunted by the cries of “Please don’t leave me.”

According to Furman, the trauma of that tragedy has left her unable to work since. “It’s been very hard.”

“Thank you, God, for saving my life. Worst day of my life,” she said. “I honestly thought I was going to die in that building.”

“Shamoka had to crawl through the valet key window. Once she saw there were residents trapped inside, she crawled back through. This all happened in a matter of seconds,” the GoFundMe post reads. “She grabbed an older resident, worked her way through the collapsed parking garage crawling through water, debris, over crushed cars, and finally carrying the resident over a wall and safely out to Collins Ave. She made her way back into the building and helped an entire family escape this time. She was badly injured in the process. She is covered with bruises from head to toe and may have a cracked rib.”

The post called Furman “a survivor and a hero. Unfortunately, her only possession in life was the car her deceased mother gave her that was in the visitor’s parking next to the pool area. As many of you have seen, the remaining portion of the building has been demolished.”

The company for whom Furman was working during the collapse, Securitas, has reportedly not offered her any assistance, including workman’s compensation, time off or much-needed therapy.

As of early Thursday, the GoFundMe effort had garnered less than $8,000.