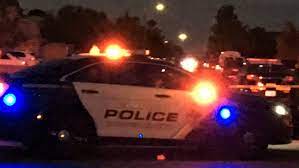 El Paso TX May 10th, 2022 A security guard fired at a gunman who had shot and wounded two men outside Mi Bar Cantina recently, Crime Stoppers of El Paso said this week.

Police detectives continue seeking information in the unsolved shooting in the far East Side. The case is Crime Stoppers’ Crime of the Week.

The violence occurred at about 1:15 a.m. April 30 outside the bar at the Plaza las Misiones retail strip at 1441 N. Zaragoza Road near Pellicano Drive.

Jose Portillo and Carlos Moreno, both 24, were with two other people when they got into an argument with an unidentified man inside Mi Bar Cantina, Crime Stoppers said.

The man asked the pair to step outside and then shot them both in the parking lot, police and Crime Stoppers said.

The shooter ran after he was shot at by an armed security guard and was last seen running toward El Portal del Ciro’s restaurant in the same retail plaza, authorities said. A description of the shooter has not been disclosed.

The two men wounded in the shooting were taken to Del Sol Medical Center, where police said they are expected to recover from their wounds.

Anyone with any information on the shooting may anonymously call Crime Stoppers at 915-566-8477(TIPS) or leave a tip online at www.cselpaso.org.