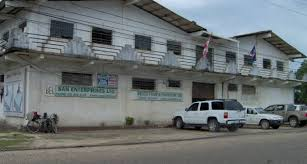 Belize June 10 2019 Police have officially released the name of the latest murder victim.

Wilder’s body, was found around 5:05 a.m. on June 8th on the Foam Factory compound located at mile two on the George Price Highway.

While the Police investigation is preliminary, they disclosed that Wilder was found laying face up between two cargo trucks.

Apart from his hands being bound behind his back with a small black strap, authorities also observed a small open wound to Wilder’s eye and bruises to his face.

Authorities also disclosed that Wilder was found in his security guard uniform. Wilder had taken up his shift at the factory last night.

Police are in the process of determining a possible motive for Wilder’s murder as well as possible suspects.