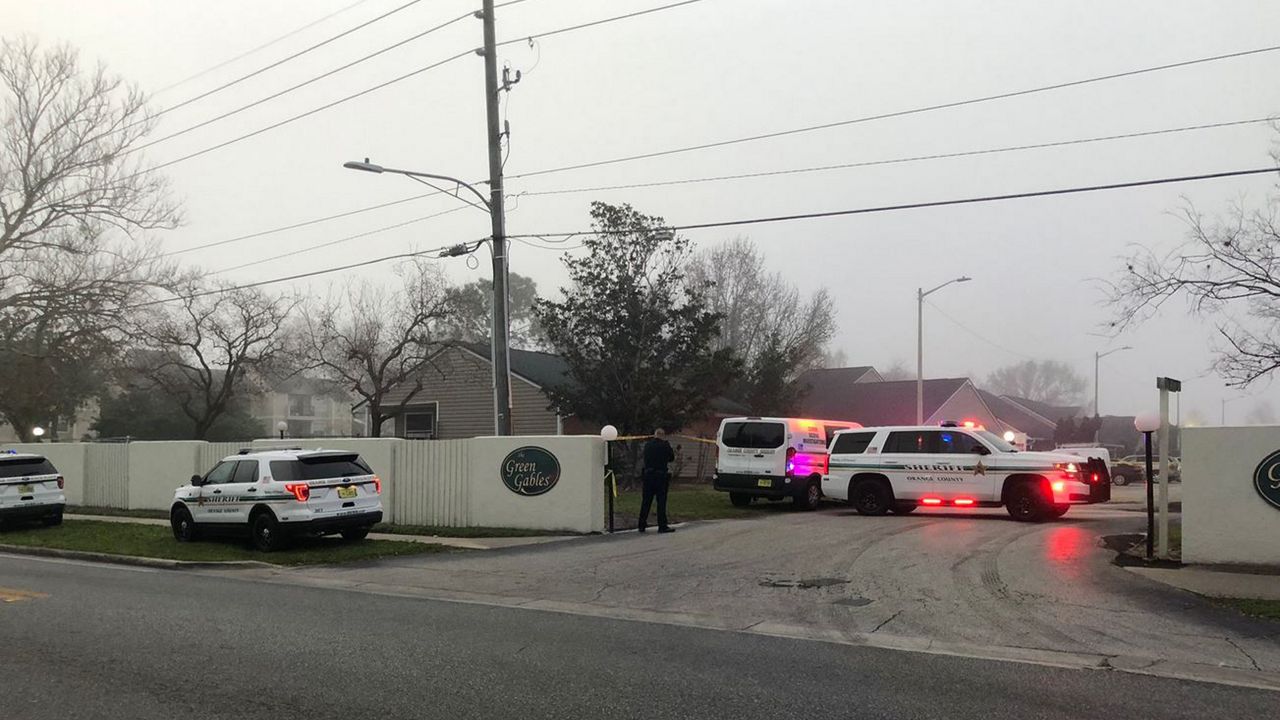 ORLANDO, Fla. Feb 19 2020 – Authorities are investigating after a security guard fatally shot an armed suspect outside an apartment complex in Orlando, according to the Orange County Sheriff’s Office.

Deputies said that at around 4:30 a.m. Tuesday, three men approached the security officer, who was sitting inside his marked vehicle at the time.

One of the men began talking to the security guard, who was in uniform, in another language and showed a gun, deputies said. It’s unclear what the man said to the security officer.

When the suspect pulled his gun, the security officer also pulled his weapon and fatally shot one of the men, according to the Sheriff’s Office.

The other two men fled after the gunfire, deputies said.

The injured suspect, whose name has not been released, was taken to Orlando Regional Medical Center, where he later died, according to deputies.

Descriptions for the other two men have not been released, but deputies believe they’re 18-23 years old.

Josh Gibson lives in the complex and saw the scene.

“A lot of police down there, everybody was outside,” Gibson said.

The security officer employed by Most Qualified Security Professionals, is cooperating with investigators, deputies said. It’s unclear how long the security guard has worked for the security company.

In a statement released to News 6, a representative from Most Qualified Security Professionals said in the interest of the safety of the security officer involved in the incident, the company has decided not to release any personal information as the investigation is ongoing. The company said safety is their number one priority.

Many residents say they’re defending the actions of the security officer.

“He was sitting in his car in a parking space, they approached him, so he had to take action,” Gibson said.

“He protected not only himself but us, the community, what if they would have gotten into here? What were they going to do?” one resident asked.

No one has been charged.