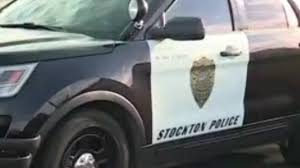 STOCKTON CA June 15 2022 An investigation is underway after a security guard in Stockton shot a man on Monday.

Stockton police say the incident happened a little after 7:30 p.m. near Pershing Avenue and Rosemarie Lane.

The suspect was struck by the gunshot and was soon rushed to the hospital. Police say he suffered non-life-threatening injuries.

Police say the case has now been referred to the district attorney’s office for a review.