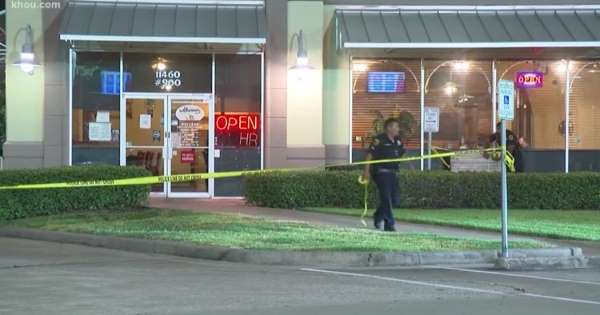 HOUSTON TX Aug 24 2019 Police are looking for the man who shot a security guard during a physical altercation in a southeast Houston parking lot.

Houston police said officers responded to reports of a shooting at about 12:30 a.m. Thursday in the 11400 block of Fuqua.

A security guard said he approached a man and woman who were fighting outside a shopping center. The guard told police he saw the suspect choking the woman. When confronted, the suspect opened fire on the guard, shooting him in the leg.

The guard returned fire, but it’s not known if the suspect was wounded. The man and woman fled the scene, leaving the hurt guard behind.

Police said the gunman also fired at another man in an apartment complex. That person was not hurt. Police later located the suspect’s vehicle and the woman, but the suspect was not immediately located. He remains on the run at this time.

The security guard was taken to the hospital and is expected to survive.

Anyone with information in this case is urged to contact the HPD Major Assaults & Family Violence Division at 713-308-8800 or Crime Stoppers at 713-222-TIPS.