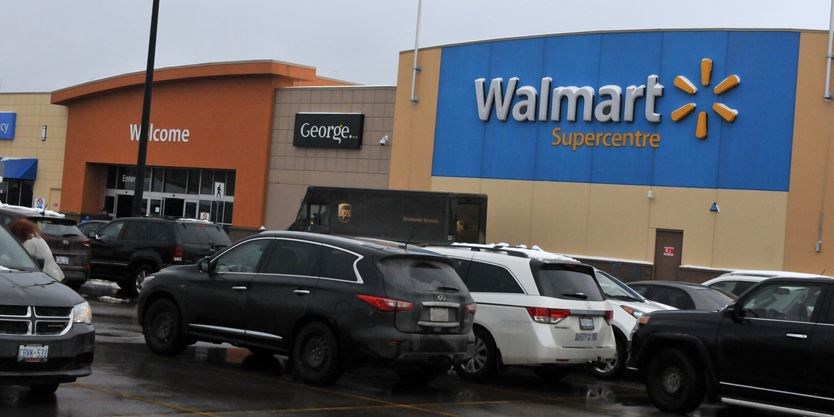 Police are confirming a Walmart loss-prevention officer suffered lacerations to his hand while making an arrest during an alleged shoplifting incident in Orangeville.

Shortly after 5 p.m. on Sunday (Feb. 9), emergency-service personnel were called to respond to reports of an altercation inside the department store at the RioCan fairgrounds plaza on First Street.

Tom Reid, chief paramedic for the Dufferin County Paramedic Service, confirmed a 22-year-old man was transported to hospital after suffering a laceration to his hand.

Speaking to the Banner early Monday morning, Reid described the injuries as being “non-life-threatening” in nature.

The Banner has been requesting information about the incident from Orangeville police since 9 p.m. on Sunday.

Following three voice-mail messages and three emails sent to officers authorized to speak to the media, Orangeville police issued a news release at 2:38 p.m. on Monday.

The news release reports a 28-year-old Mono man was arrested by loss-prevention officers after leaving Walmart with merchandise that had not been paid for.

Police allege the accused resisted arrest and brandished a knife but was eventually subdued by Walmart loss-prevention officers. One of the Walmart employees was injured during the incident.

“The altercation resulted in one of the loss prevention officers receiving a laceration to his right hand requiring approximately 10 sutures to close,” police stated in a news release.

When contacted by the Banner, Walmart Canada spokesperson Felicia Fefer requested that any questions related to the incident be directed to police.

“The safety of our associates and customers is a top priority. We are aware of an incident that took place at our Orangeville store,” she said. “It is our understanding the police are investigating the matter and any inquiries you have should be directed to the police.”

Brett Norman Hutchinson, 28, of Mono, was taken into custody and turned over to Orangeville police.

He is charged with assault with a weapon causing bodily harm, assault with intent to resist arrest, weapons dangerous, theft under $5,000 and possession of property obtained by crime.