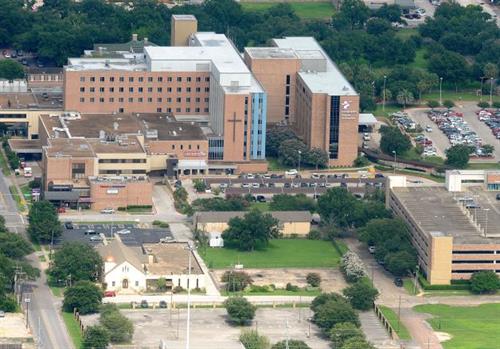 The team completed months of training and are certified by the state to have the weapons as ‘Level III commissioned security officers.’ A ceremony is set for Thursday morning at 10 to honor the promotion of the security force.

A spokesperson said 45 hours of training led up to the certification.

Virtual reality headsets were also used during training to simulate emergency situations inside CHRISTUS facilities according to a news release.

CHRISTUS Southeast Texas Health System is proud to announce a commissioning ceremony honoring the promotion of its security force. In a Catholic health care setting, the commissioning of the security officers is a crucial part of ensuring the faith-based principles of care and compassion are the foundation of the security team’s path and direction moving forward.

Following months of training, security officers for CHRISTUS Southeast Texas Health System have been certified by the state of Texas as Level III commissioned security officers – allowing the officers to carry firearms.

In addition to firearms, security officers with CHRISTUS Southeast Texas Health System will be equipped with new uniforms, marked security vehicles and new body armor vests which had previously only been available to law enforcement officers.

“Each day we see sobering reminders that our world can be volatile at times,” explains CHRISTUS Southeast Texas President and CEO, Paul Trevino, “So, we felt it was important to be proactive and to be prepared in case of emergency. When our patients visit our facilities, we want them to focus on getting well, and when our Associates come to work, we want them to focus on providing excellent care in a safe environment. We are confident that the training our dedicated security officers have received will ensure that those goals are met.”

‹ Armored truck flips over on highway in Rowan County › More guns seized from airports in 2019 than ever before, TSA says