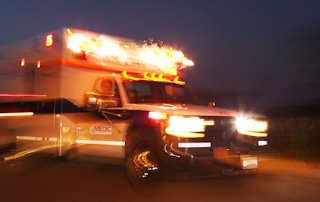 An on-duty security officer was found dead early this morning and police say that the
man died at his own hands.

Police said that co-workers report that the man had been having domestic issues and had seemed
sad and depressed for about a month.

Police said that they are not releasing his name or the method of death until his family can be notified.

We have chosen not to report any other detail of this death.

This is the third on-duty suicide of a security officer in 2018.

Man commits suicide in the backseat of a police car