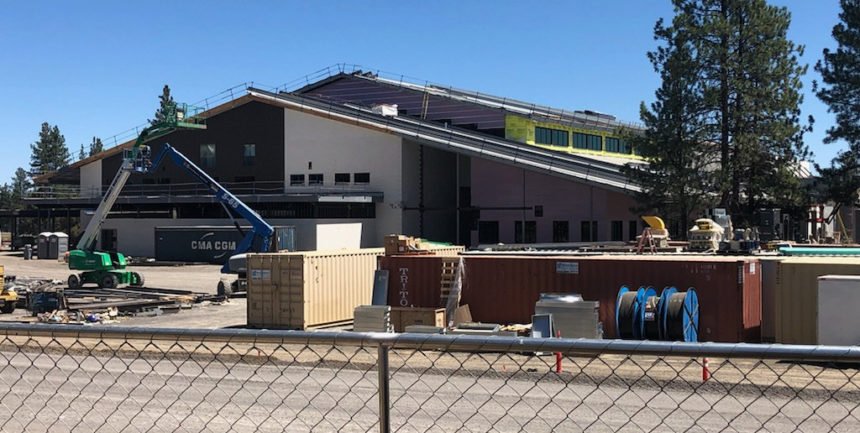 BEND, Ore. July 27 2020 One Bend 16-year-old was cited and three others may face charges for trespassing at the construction site of the new Caldera High School in southeast Bend early Saturday morning, police reported.

Deschutes County 911 dispatchers were called around 2:30 a.m. by on-site private security employed by the contractors working on the new school, located at the corner of Southeast Knott and Brosterhous roads, Bend police Sgt. R.C. Bigelow said.

The security officer reported several people inside the buildings and among vehicles on the site, Bigelow said, adding that the officer said there had been prior instances in which trespassers caused damage.

Bend police and Deschutes County sheriff’s deputies coordinated a perimeter around the property and a sheriff’s office K-9 team also was brought in to assist in the search, the sergeant said.

The sheriff’s office K-9 found a 16-year-old Bend boy hiding inside a construction vehicle, Bigelow said. He was taken into custody without incident, issued a citation for second-degree criminal trespass and released to his parents.

Subsequent investigation identified three other 16-year-olds, two male and a female, as suspects in the case. The city officer said more investigation is being conducted, which may lead to additional charges.