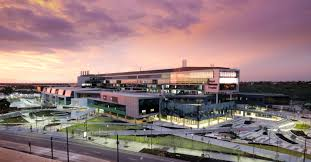 A security guard has been rushed to hospital after allegedly being stabbed by a partygoer at a licensed premises in the CBD overnight.

Police and ambulance crews were sent to Hindley St just before 1am this morning after the male guard was allegedly stabbed in the arm by a patron with a pair of scissors.

The guard was taken to the Royal Adelaide Hospital with serious but non life-threatening injuries.

A 24-year-old Flinders Park was arrested over the incident and charged with aggravated causing serious harm.

Eastern District CIB are continuing to investigate the stabbing.

Anyone with information should call Crime Stoppers on 1800 333 000 or report it online at crimestopperssa.com.au.