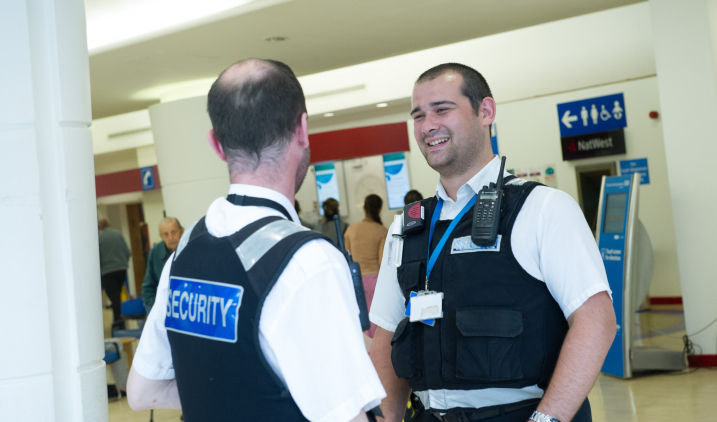 London England March 22 2020 Further private security industry figures are calling on UK Government to state that security officers are ‘critical sector’ workers during the coronavirus outbreak. The BSIA yesterday urged the Government to clarify the status of private security for its members, for instance carrying out cash in transit work. More on the BSIA website.

Also David Ward, Chair of the City Security Council, pictured, said that the body – of guarding contractors serving London – has been working closely with key stakeholders in the City of London to gain London based security officers essential worker status. He said that if there were a lockdown of the City of London, or the wider London area, there would be an urgent need for this to be readdressed.

“This would avoid buildings being left vulnerable and ensure building management systems and fire and intruder alarms could continue to be monitored and responded to in the event of an activation. With so many businesses reliant on home working at this current time it is essential that their building hubs are kept in a safe good working order.”

What sector is, or isn’t regarded as ‘critical’ is set out on the gov.uk website and matters because if (due to shift working) ‘critical workers’ who are parents can not look after their children at home, those children ‘will be prioritised for education provision’, even though schools face extended closure.

While under various categories some private security may be included – such as ‘support and specialist staff required to maintain the UK’s health and social care sector’, ‘workers delivering key frontline services’, Ministry of Defence contractors – private security is nowhere explicitly named as ‘critical’, except in terms of ‘national security’; for example, border security. As if accepting that its definitions are not exact enough, the documents adds that if workers think they fall within the critical categories, ‘they should confirm with their employer that, based on their business continuity arrangements, their specific role is necessary’.

David Ward gave an estimate of 10,000 security related staff operating through a weekly cycle in the City; ‘and it is imperative that as many of these officers as possible continue to be deployed in one form or another’, health willing.

The private providers of guard forces in the City, at least since the 7-7 terror attack in 2005, and aided officially by the police-led Project Griffin, have arranged with police to take on some police-like duties in an emergency, such as staffing cordons. As David Ward said, most major incidents in the City in recent years have had security staff involved as first responders, providing support and first aid, ‘and if they were essential at this time then surely, they are essential now’.

“Members of the public and vulnerable people in the City could turn to the security officer nearest to them for assistance rather than calling upon the emergency services, and for those carrying out hostile reconnaissance to know that their every move is being followed and recorded by security teams through the City, as it would be every other day of the year, can only be a good thing.”

As for how to identify essential workers, he made the point that contract guards are SIA-licensed officer and carry an SIA badge; ‘and I am sure that the whole UK wide workforce of around 360,000 security officers are keen and willing to be able to carry on doing the job they do day in and day out, 366 days of the year in all weathers if essential worker status is granted to our industry’.