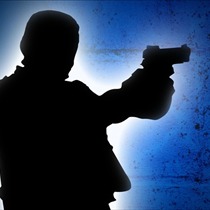 We know that gun violence in the U.S. is on the rise. Violence against our law enforcement officers, also, on the rise.
The murder rate in many states was unprecedented and uncontrollable in 2020, and so far, 2021 doesn’t look any different.
The cities that saw the most homicides were:
10. Indianapolis
9. Kansas City
8. Dallas
7. St Louis
6. Los Angeles
5. Houston
4. Baltimore
3. Philadelphia
2. New York City
1. Chicago
Other cities including Nashville, Birmingham, Charlotte, and Atlanta were also in the top twenty cities with the most homicides.
Sadly, assaults against police officers and the loss of law enforcement lives almost always come with that increased level of violence, murders, and lawlessness. In 2020, 46 police officers were murdered in the line of duty.
But another group of people who also wear uniforms and badges and are on the frontline of protecting people and assets, have also suffered dearly in recent years.
In 2019, security officers were met with or had to use, lethal force, every 3.044 hours.  More than
2,879 armed incidents were reported along with 11,000 assaults or other acts of violence.
49 security officers died from homicides.
And although the economy slowed down during the pandemic in 2020, crime and violence, did not and in fact, in many areas according to the FBI, violent crimes, injury assaults and murders, spiked to record highs.
Security officers, once again, were the target of many assaults, physical attacks, and murders.
In 2020, security officers were involved in or forced to use, lethal force every 4.54 hours during 1927 known incidents. 44 security officers died of homicides last year.
Of those 44 security officers who were killed, police say three were directly targeted and murdered because they were in a police-style uniform.
George David Herrinn, an 85-year-old security officer on duty at an apartment in Canton Mississippi was shot to death execution-style while sitting in his vehicle. His murder remains unsolved.
David Dorn, a 77-year-old retired police officer working as a security officer at a St. Louis pawnshop was brutally attacked and killed during the height of the Black Lives Matter riots.
And in May, Calvin Bernadett was murdered at a Family Dollar store in Flint Michigan just because he asked a shopper to wear a facemask during the COVID pandemic.
Violent acts against private security are known to be underreported and often times assailants either flee and no police report is made, or, in some cases, companies have policies that don’t allow police to be called at all.
Security officers who often work alone, are unarmed, and seldom have 2-way radio communications to call for assistance, have become all too often victims while just doing their job.
As the anti-police climate continues to grow, and the substitution of security officers are implemented into schools, city patrols, parks, and in every other type of business imaginable, security officers will continue to be victims of their profession, and their lives will be in danger at every turn and every time that they wear the uniform, enforce a rule or a law, or just because they mirror the authority that so many have come to hate and defy.
The information and statistical data stated in this report have been collected through local, state, and federal databases, more than 3700 news sources, the archives of Private Officer International, and with the help of hundreds of association members.