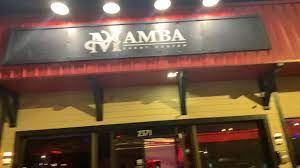 Burlington NC June 15th, 2022 A Burlington event center is without ABC permits and four employees were criminally charged after two patrons were shot inside the business.

On Sunday, June 5, ALE was notified of the shooting inside Mamba Event Center, 2371 Corporation Parkway in Burlington, and immediately began investigating the incident.

Through the course of the investigation, ALE special agents found the permittee, Octavis Davis, 35, of Winston-Salem, failed to superintend the business and allowed disorderly conduct to occur on the licensed premises on June 5.

Special agents also discovered the three security guards, Benjamin Knight II, 50, of Greensboro, Tavarius Jauan Liandre Miller, 25, of Winston-Salem, and Daiquan Controll Monk, 23, of Bayboro, were each performing armed security without a license the night of the shooting.

The permittee and security guards were all criminally charged.