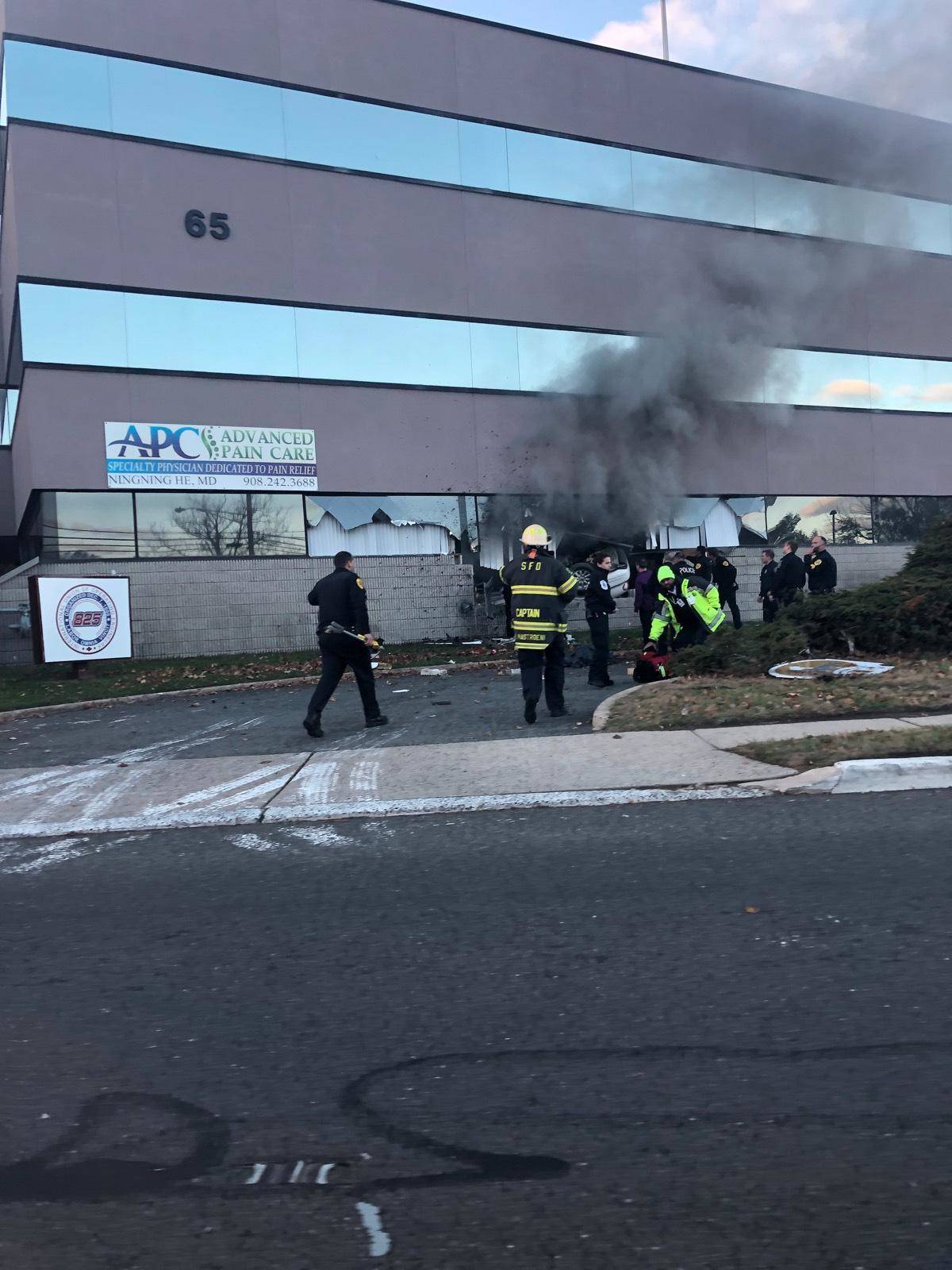 Springfield NJ Nov 28 2017 The accused Target shoplifter who died after he fled police in a stolen car and crashed into a medical building in Springfield, New Jersey, on Sunday has been identified as a 46-year-old Newark man.
Johnny Mitchell was trying to leave the Target on Union Township’s Springfield Avenue with several hundred dollars of over-the-counter medicine around 4 p.m. when two police officers approached him, the Union County Prosecutor’s Office said.
Mitchell tried to bite one of the officers and then sped away in a stolen Jaguar as police chased him, prosecutors said.

He eventually lost control of the car while trying to make a turn, causing the Jaguar to overturn, crash into Advanced Pain Care on Springfield Avenue and burst into flames, prosecutors said. Mitchell was pronounced dead at the scene.
Three police officers that tried to save him while the car was burning were treated at a local hospital for smoke inhalation.
The medical building was closed at the time of the crash, and no civilians were injured.
The Jaguar had been reported stolen from Irvington about a week before the crash prosecutors said. Anyone with information is asked to call Sgt. Michael Manochio of the prosecutor’s office at 908-966-2287.