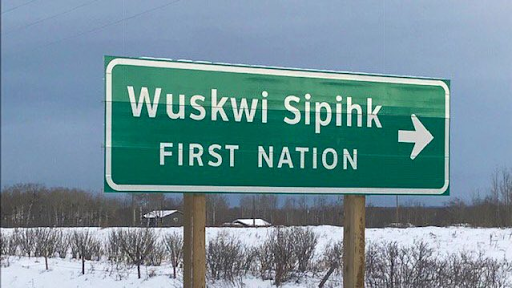 Canada June 3 2021 Mounties say no one was hurt after someone fired a shotgun multiple times towards a security guard on Wuskwi Sipihk First Nation last Thursday.

Swan River RCMP got a call around 11:30 p.m. for a report shots had been fired at a vehicle being driven by security.

While en route, officers got word the suspect was pursuing the victim and had fired another shot from the vehicle, but the guard managed to escape.

From there, RCMP say two suspects made their way to a home in the community where they broke windows and a man pointed the shotgun at a resident.

Officers arrived and surrounded a home where the pair were believed to be holed up, before placing them under arrest.

A 31-year-old man is facing a list of serious charges, including assault with a weapon, discharging a firearm with intent, and unauthorized possession of a firearm.

A 29-year-old woman was charged with mischief and released with a court date.