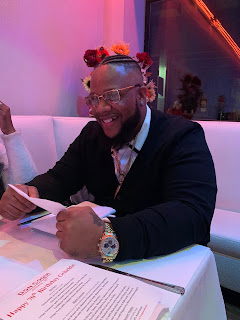 Three in New York City, one in New Jersey, one in Louisiana and one in Massachusetts.

Adiel Montgomery, 39, who worked as a security guard in the emergency department of Kingsbrook Jewish Medical Center in Brooklyn died
He spoke out in March about lacking the protective suits that he saw doctors wearing around Covid-19 patients, according to a colleague who spoke on the condition of anonymity out of fear of retribution. After Mr. Montgomery and other security guards complained, the colleague said, more protective gear arrived. But for security officer Montgomery, help came to late and he died on April 5th.

A nursing home security guard who was put to work at a facility that had more than a dozen patients with COVID-19 died just 9 days after walking through the doors for the first time.
While the state’s Department of Health has not confirmed nor denied that the cause of death was the virus, his family has said that it was. He had difficulty breathing, and a fever two days before he passed away.

A number of hospital employees have died and have just been added to the city’s virus death toll.
The victims included the security guards watching over emergency rooms. They were the chefs who cooked food for patients and other hospital workers. They assigned hospital beds and checked patients’ medical records. They greeted visitors and answered phones. They mopped the hallways and took out the garbage.
True numbers are still unknown as many deaths have not made the headlines, nor have they been made public.