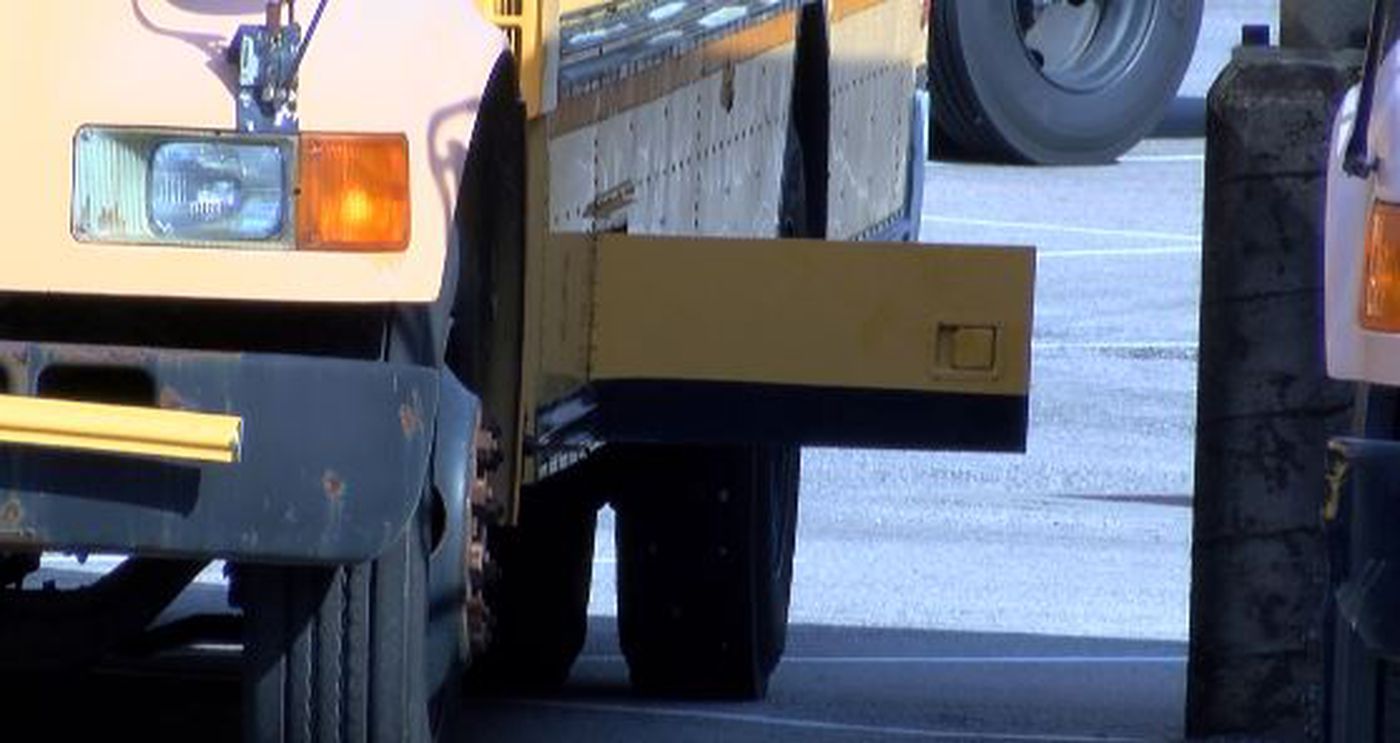 ST MARTIN, MS Nov 20 2019  The Jackson County Sheriff’s Office says 66 batteries were stolen out of 33 buses in St. Martin over the weekend, along with a white 2001 Ram 1500 maintenance truck. The truck belonged to the Jackson County School District.

Parents of students who attend schools in St. Martin received a call around 6:30 a.m. letting them know some buses would be running late.

“Well, this morning when we got ready to roll, of course our buses start to roll really early in the morning, when we got there, we discovered that several buses had their batteries stolen. So, that slowed us down tremendously,” said Jackson County School District Superintendent, Dr. Barry Amacker.

Even though it slowed things down, students still made it to school.

“This time, with being shorted buses, our team had to converse over the radio, determine where they had picked up students, and then pick up a variety of students as they came in, filled the buses and then went back out… coordinating of course over the radio, and picked up the rest of the students,” said Michael Heise, the transportation supervisor.

Heise said he couldn’t get through the day without the “heroes of the day”.

“Absolutely, without a doubt, the heroes of the day were the drivers. The team pulled together, using the radios and utilizing a fraction of our normal fleet and were able to bring our students to school,” he said.

Jackson County Sheriff Mike Ezell’s team is in charge of the investigation, and Sheriff Ezell said he’s seen this before.

“You know this does happen from time to time. This is the worst one that’s happened that I can remember, in quite some time,” he said. “These thieves come through here, just like the car burglars come through here at various times, and pick certain things out in which they can move fast, and that’s part of it,” Sheriff Ezell told WLOX.

Crooks steal batteries for one reason.

“There’s a number of reasons. The bottom line is it’s always about money. They steal them. They sell them. They trade them. They could be going anywhere with them to sell them for various reasons,” Ezell said. “These things are expensive. They’re industrial batteries. They can get good money for them on the black market. It’s just part of some of the things they do,” Sheriff Ezell said.

Sheriff Mike Ezell says a white enclosed 14-16 foot trailer was also taken, but from St. Martin High School. The trailer has the St. Martin yellow jacket logo on both sides.

Superintendent Barry Amacker said arrangements were made for students to be picked up from the school as soon as possible. They encouraged parents to bring their children to school if they were able.

The buses were parked at the St. Martin Attendance Center, located on Yellow Jacket Road next to St. Martin Middle School. Authorities are investigating the crime.

While his team is working hard on the investigation, Sheriff Ezell said he will take all of the help he can get.

“You know, if anybody has any information out there about something like this, please call the sheriff’s office or either call Crime Stoppers. It will remain anonymous. We need the public’s help as always in solving these things and crimes like this,” said Sheriff Ezell.

If you have any information that could lead to an arrest in this investigation, please contact the Jackson County Sheriff’s Department at (228) 769-3063 or Mississippi Crime Stoppers at (877) 787-5898.