Standing Tall-Security On The Frontline 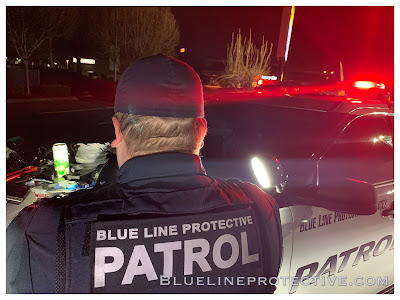 Private security across the country have always been frontline protectors who protect life and property wherever and whenever they are called on.

On a yearly basis, security officers literally save hundreds of lives by using their training in first-aid, CPR and stopping the bleed techniques as they rescue people from fires, car crashes and shootings.

And unfortunately, more than one hundred are killed and thousands more are injured every year.

It’s private security officers who are called in during natural or manmade disasters like when Hurricane Katrina devastated parts of Louisiana, Mississippi, and Alabama or when a mighty fear hung like a dark and devious cloud over America after terrorists rained down in Virginia, Pennsylvania, and New York City.

It’s the private force of more than a million and a half that are called to boost security and to be a force multiplier for local law enforcement, using manpower and technology to blanket an area with protection professionals so that others can feel and be safe.

Once again, it’s those private protectors that are on the frontline during this pandemic doing what they do, protecting life and property while risking their own lives.

During part one of our three-part series, we are highlighting just a few of these essential workers that are truly risking their lives to keep others safe while also trying to prevent loss of property through theft, robbery, fire or disaster.

Steve Haverhill knows what it feels like to face an enemy that cannot always be seen. He spent twenty-two years in the Marines and deployed to the Middle east twice. Now working as an armed security officer, he says that he’s on a different battlefield working in grocery stores and pharmacies during this COVID19 pandemic where the formidable opponent could unknowingly be anyone who brushes past him or walks behind him as he patrols the aisles of the stores ten hours a day.

He, along with hundreds and possibly thousands of other security personnel are facing that same enemy, and many are getting ill and some are dying from the invisible enemy.
Frederick Hughes, Lupe Aguilar, Maria Martinez, Dennis Hart and  Paul Forster are just a few of the seventy-five security officers who have died in the past month after being infected with the silent killer.

Like law enforcement, there is no way to do their job effectively from a social distancing aspect.
Patrol officers from Blue Line Protective Services in Kent Washington offer proactive mobile patrol services to shopping centers, apartment centers, rail transit companies and others. Their patrol officers are constantly roving through their client’s property looking for suspicious activities, persons or situations and officers often have to exit their vehicles and get close and personal with people who may be up to no good. 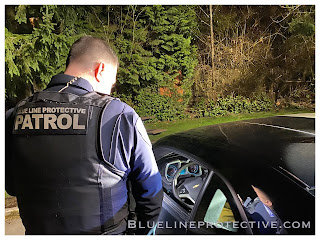 Just recently, patrol officers encountered a suspicious Chevy Camaro sitting in the dark behind a shopping center. The officer approached the driver’s side of the vehicle where he discovered several teens smoking marijuana. In a situation like this, there is just no way to stand six feet apart. Officers first must ensure that the suspicious persons are not armed and then figure out what they are up to. 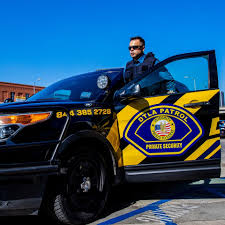 And then there’s DTLA Patrol who provides very, unique business security services in Los Angeles California. Since the inception of this patrol service, their officers have patrolled homeless shelters, convenience stores, hotels and other businesses in the heart of the city. Their services include mobile and foot patrols, incident and alarm response and investigations of suspicious persons who sometimes can be homeless, violent or defiant leading DTLA officers to have to address the circumstances from a distance closer than six feet.

Security and special private police officers are doing their part to keep everyone safe and protecting physical assets while trying to protect themselves from the virus.

In Part Two, we’ll discuss how many times this has failed and how the lack of Personal Protection Equipment, violations of state and federal safety and employment laws, low wages and the physical assaults and abuse have all played their roles in the illness and deaths of those private protectors on the frontline.