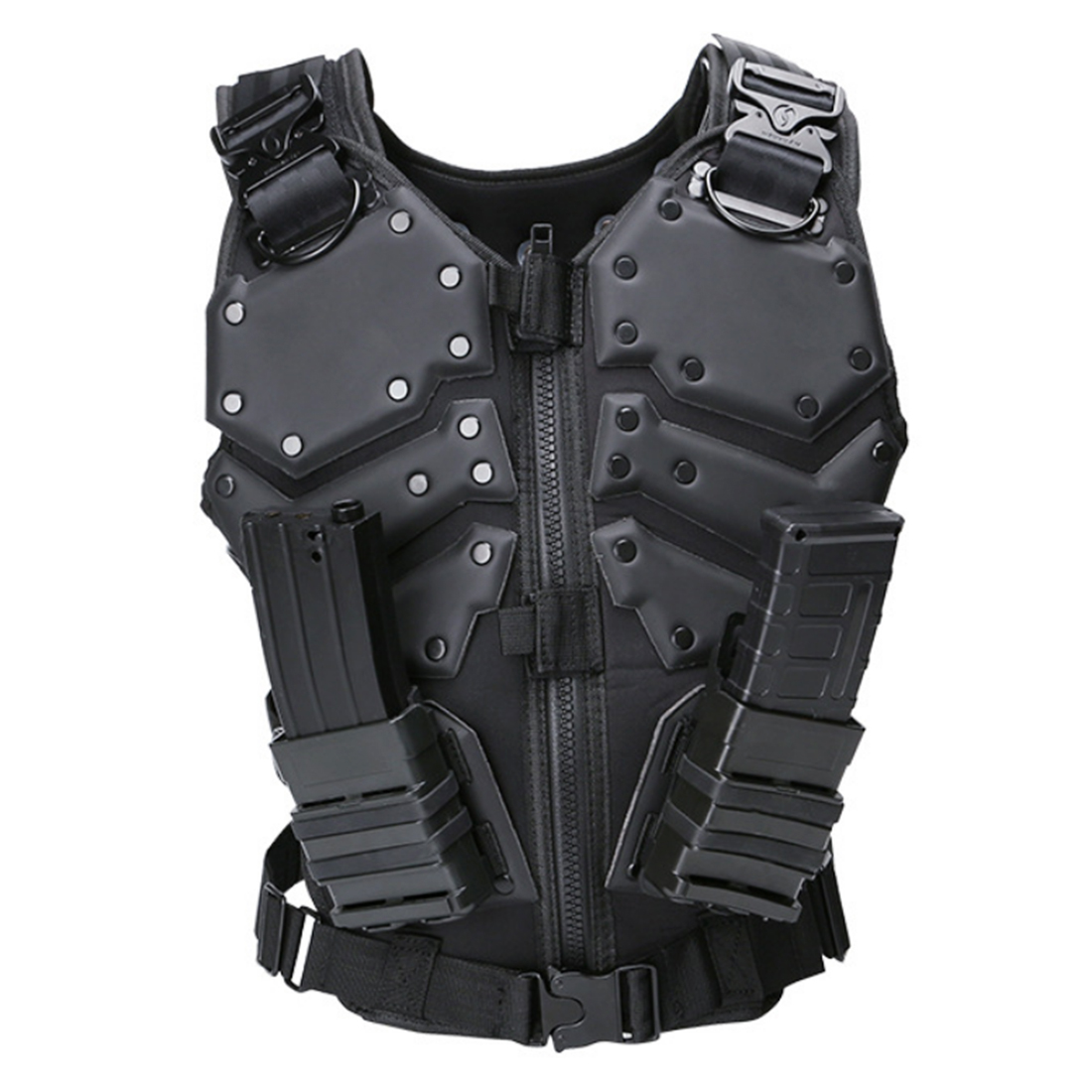 STATEN ISLAND, N.Y. June 18 2022– Metal detectors were brought into a New Springville intermediate school this week after a 12-year-old student showed up wearing what was later determined to be “airsoft” tactical gear on Wednesday, spurring a police response and an alarmed reaction from parents and students alike.

A police spokesperson confirmed the incident to the Advance/SILive.com after multiple sources had detailed an alarming and perplexing episode, which occurred at approximately 7:40 a.m. at Rocco Laurie Intermediate School (I.S. 72).

“The student showed up in an airsoft tac vest carrying a bunch of airsoft magazines which are typically used in pellet guns,” a police source noted, describing plastic projectiles commonly shot with mock air weapons.
“It was a fake vest, fake helmet and four toy magazines with pellets in them. He didn’t have a firearm on him but showed up with the magazines.”

According to the source, officials at the school called 911, officers responded and took the student back to the precinct. The Intelligence Bureau was notified, and his parents were called. The source also relayed that the student reportedly has special needs.

“No criminality was suspected,” the source said. “He was asked ‘why did you wear this?’ and he said he thought it was cool.”

According to the Department of Education (DOE), no threats were made by the student and weapons “scanning was conducted at the school the following day” out of an abundance of caution.

A picture began to circulate among I.S. 72 students on Thursday, depicting a youth taking a mirror-image selfie clad entirely in black, a vest strapped around his torso containing the airsoft ammunition. In the photo he’s wearing a helmet and face mask, an American flag patch visible on his right sleeve. It is unclear if the image actually depicts the student in question and the Advance/SILive.com has declined to publish it.

“Dangerous or threatening items of any kind have absolutely no place in our schools,” noted Jenna Lyle, a spokesperson for the DOE. “Before entering the school building, this student was stopped by our outstanding school staff, and NYPD school safety agents quickly recovered these items, determining that they were not genuine accessories. No students or staff were in danger and all protocols were followed, and we are working closely with NYPD regarding follow-up actions.”

A spokesperson from the NYPD’s office of the deputy commissioner of public information (DCPI) added: “The student carried no weapon and has no access to any type of weapons whatsoever. We determined this was not a malicious act and there was no threat to students and faculty.”

The police source noted that in light of the recent shootings in Uvalde, Buffalo and Tulsa, fear of “copycat” behavior has led to alarm recently around what were ultimately inconsequential events in the borough, including several bomb threats and potentially problematic social media postings.

“It’s everywhere unfortunately,” the source said. “But each one is investigated and taken extremely seriously.”

A parent from the school told the Advance/SILive.com that they were not formally notified about the event.